At what age can a child learn coding?

Coding for kids includes earned favor rapidly in current years as technology evolves increasingly parts of ordinary life. You can inspire your kids for their bright future.

Assuming that you are talking about children who can read and write, age is not a significant factor. 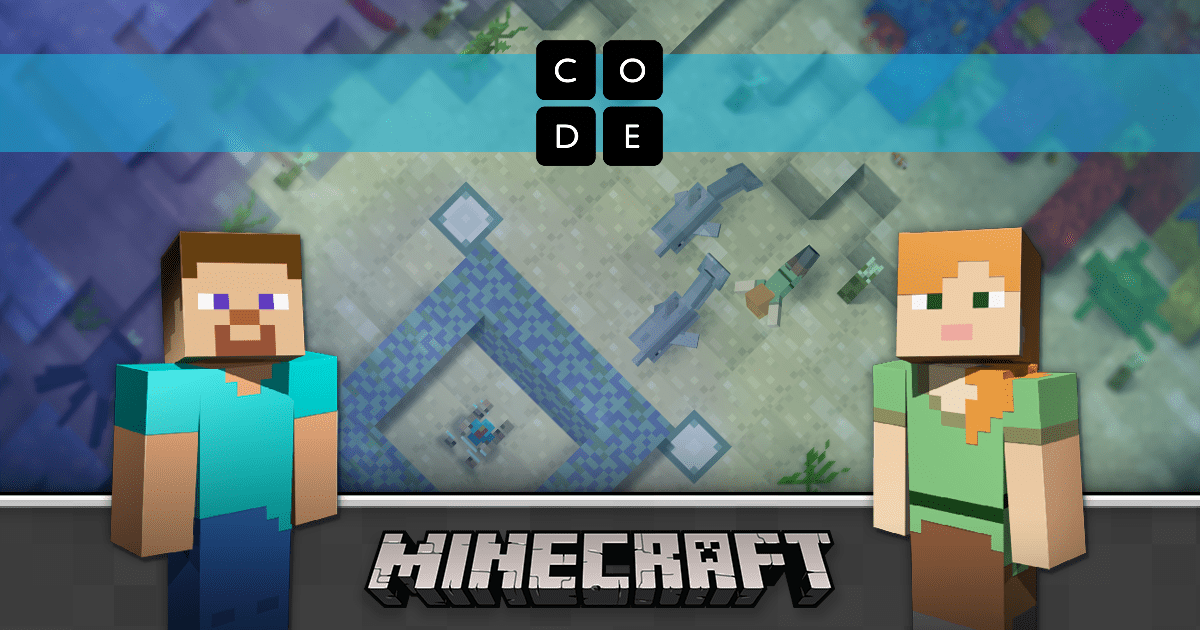 Minecraft is back for the Hour of Code, and you’re the hero! Write code to journey through Minecraft biomes.

There some gamified systems for children learning to code that are available on the internet … Your best bet, is to start there.

Also, you might want to start instilling in them good logical problem solving skills. Finding ways to increase their capacity for abstract thinking, and helping them develop a love for mathematics can also help.

A kid or should i say kids have no limits though, as far as he/she is very good in analyzing information being given to them and have a good capacity to process , i feel it is legitimate for kids to learn coding. this might seem a lot though

Children may gain some advantage by learning how to Code, but Something to be taken into account, is that if it is introduced as a parental requirement, or a demand, the child may learn to dislike the experience and associate coding with something negative.

Another thing to take into account, is that coding is, even for adults, a relatively physically unhealthy practice. It encourages sedentary patterns, and children’s lives have become increasingly sedentary.

Both of these negatives can be offset with some careful planning.

I think the limiting factor comes down to interest and attention span.
Learning to code often requires fairly long periods of concentration. Kids gain that ability to focus in different contexts at different ages.
Learning to code often involves a lot of frustration. We all handle frustration differently, especially when we’re kids. I think that a positive experience in a learn-to-code context could help a kid understand that “It’s not working yet” doesn’t mean “I can’t do this”, but definitely be aware of the influence frustration can play.
Learning to code requires interest at any age. A lot of it can be tedious. A lot of it can be frustrating. A genuine desire to make things with code is key.

There are a few tools, toys, and languages that have been designed specifically to make learning to code approachable and fun for kids. A lot of these involve programming a physical device - whether that’s something like an Adafruit kit, a simple robot, or a programmable magic wand. It’s a great place to start.

Kids can probably learn the most generic programming concepts as early as 5-7 years old (I learned music and how to play an instrument at that age myself), but I’d personally say that if you want kids to successfully learn coding, they should know basic math beforehand - which means around 12-13 (that’s when I got interested in it and started teaching myself from books).

To Steve’s point about Music, my parents forced me to start playing the piano when I was five, but I resented the amount of tedious practice time, and had no real interest in learning, and quit after a couple of months.

But years later, when I was Eight, I heard Beethoven’s “Fur Elise” for the first time, and was so transfixed by that song, that I found an old copy of it on sheet music in my house, and tried to recall all I had learned, at age five, about the notes. I carefully transcribed each note …and I worked on playing it each day. After that, I worked on other songs, And Eventually, after many years of work, I could read music and became skilled at playing the piano.

Definitely agree on that, and would further say that very young kids probably don’t have a good ability to concentrate and stay focused without giving up. That sort of tenacity takes time for kids to develop as they get older. Which also goes back to my personally-recommended age of 12-13 (give or take a couple of years).

Any age where they can type or use a computer. Hour of code and Scratch are great platforms to learn how to code. They’re java under the “hood” of blocks, helps build good habits too- saving for one lol! no, they’re really good, I learnt there, and now code java a lot (I recommend)