I feel like there’s still a lot of redundant code and that it isn’t designed to be easily modifiable / scalable?

If anyone has any suggestions/links to examples of good practice code samples for similarly sized challenges that would be awesome ^^,

Someone has mentioned to me that applying something like the factory pattern (which I haven’t learned yet) would be good for this project, so I will look into that, but any other comments/feedback would be very much appreciated 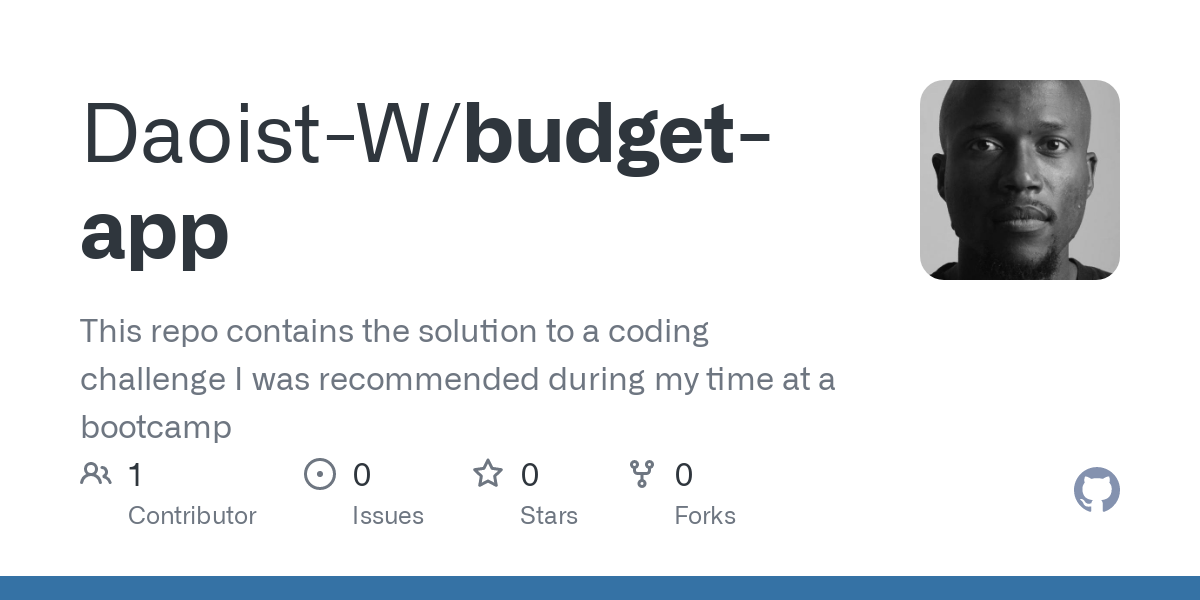 GitHub - Daoist-W/budget-app: This repo contains the solution to a coding...

I think the most sticking out as far as the additional complexity is code to conform testing approach. If testing requires some additional entry point, or require changes in the code to turn it on/off, it might be a sign to try to either find different way to test, or change the code so it’s easier to test.

Currently tests are kind-of integration/e2e tests, but they are not quite following the path that user takes when using application. I’d suggest focusing more on unit testing - testing separately the Category class and user interface. Or trying to figure out more convenient way to imitate user using the application - for example getting to the point when test require few strings that will be used when application asks for input.

Thank you! I think you’re right, I’ve been feeling like testing shouldn’t be this convoluted and require me to add in extra code, but I was too bogged down with the idea of testing the system from a user perspective

I think I misunderstood the concepts of unit tests, so I’m going to go back and revisit that.