Can you please review my Random Quote Machine project? 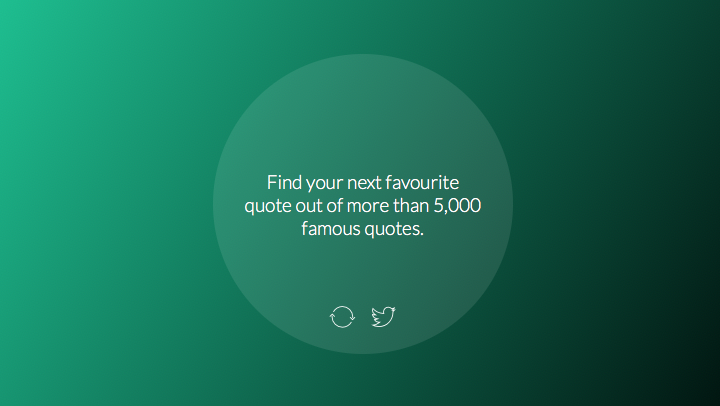 It looks fine, but you can simplify your code a bit.

In your success callback function of $.getJSON, you get back the array of objects in the json argument, so you do not need the following:

Also, since json is an array, you can simplify getting a random index with the following:

and then your quote and checkAuthor variable assignments become:

I like the concept of opacity changes between quotes. However, there are two things that seem to be out of place:

Apparently, I was somewhat confused by the purpose of these two methods (i.e., JSON.parse() and JSON.stringify()). Now, I understand that both are used for exchanging data to/from a web server (API) and not for accessing static JSON files.

Math.floor(Math.random() * json.length) makes more sense indeed. I’ve decreased the rotation speed of the New Quote button and it looks and feels much better now. As for the transitions, that’s exactly what it’s doing, not sure why you’re seeing it differently.

Your feedback has helped me relearn a few things. Thank you for taking the time to review it.