Why is my Code Pen tribute project code not displaying correctly on a page when I open it from Notepad or Sublime into a browser (firefox or chrome) ? My text alignment is off when I open in within the browser. 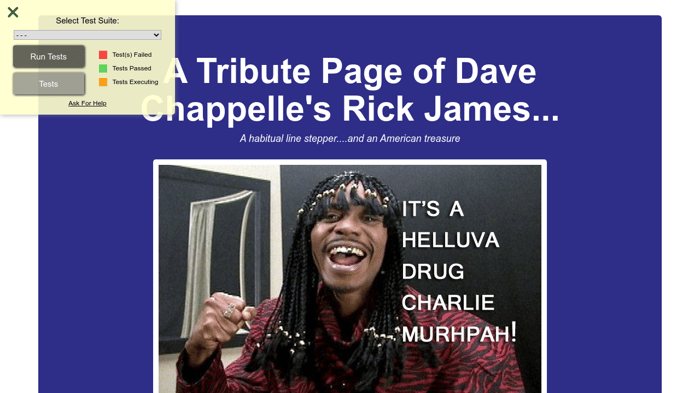 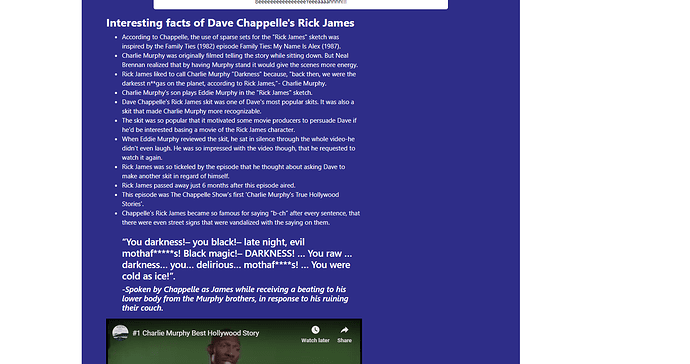 You might want to validate your code. You have a couple div tags (#main and .jumbotron, the very first two) that are never closed. Not saying that’s causing the problem, but it sure won’t help.

As mentioned above, it looks like you are missing some closing div tags. You need to learn correct formatting and indentation as your code is very hard to read. Child elements should be indented by 2 spaces or a tab, from their parent element. It is good practice to open and close an element before you enter its content, so you dont forget.

All the things you mention are good practices, but know they are not fixed. The spacing and indent thing, for example, is merely a convention.

That said, the only reason i found the missing tags visually (rather than wasting time wth a validator) was because i used the “Tidy HTML” option in the html dropdown. Score one for best practices and indentation, huh?

Indentation may be a convention (and so is the amount of spaces you choose to use). But there is no way you can code a page of any significant complexity and size without getting into trouble real fast without proper indentation and formatting. Also, it’s rude to other people reading your code.

how did you take the code out of Codepen? You need to use the Export button at the bottom of the screen so it adds in all headers and links and gives you all the files.

Code pen takes care of certain header items for you (hence why they are missing from you code). AFter using export then validate, don’t validate before will have more errors without those headers.

I think that may be my problem (I copy and pasted the code into a bootstrap template). But now when I try to click Export and then Zip, the zip button doesn’t work. I click on it and it doesn’t download.

Thanks for the help everyone!