I have the next syntaxis of code:

Which gives this result:

And what happens is that I don’t understand what the code refers to “for x in D”. I understand that D refers to the dictionary, but what does “for x” refer to? What is x in that dictionary? I tried to change “for x” to “for z” and it gives me the following result:

So what do those variables refer to in that dictionary?

Also why the professor types print(x, D) instead of just print(x)?

I tried to change “for x” to “for z” and it gives me the following result:

You will need to post your actual code to show us how you produced the above output, because only changing the variable to z would not do this.

This is the code with “for z”:

There must be code above the 1st line shown because if that is the only code, then it would error out as x is not defined anywhere

I assume the following line is above the code you posted:

No, that’s the only code I have. It’s a new notebook in Jupyter.

Also, I would like to ask you why do the professor types

instead of just print(x).

Printing just x would just print the Dictionary keys like:

No, that’s the only code I have. It’s a new notebook in Jupyter.

I would have to see the notebook.

This is a full screenshot of the notebook: 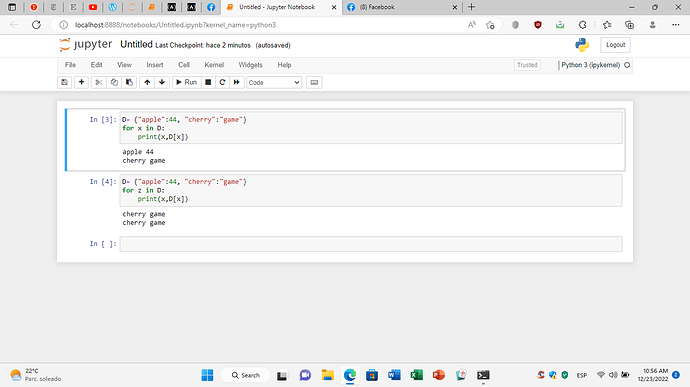 Like I said, there had to be some code above the other code you posted. In the first for in loop, the last value of x is “cherry” which is why you get:

printed. The second for in loop just prints x and D[x] twice.

Randel, thanks for your help.

I have another question.

In this code, what is the value of “i” and “s”. I didn’t define them before, so what are they?

The s = 0 is defining s and initializing its value to 0.

The i gets defined when it is written in the for in range.

They are just variables. I assume the s starts a zero so the line:

can work. In the end, it just represents a sum, though the return statement is not indented correctly to achieve the sum of all the arguments passed to the function.

You should probably take a beginners course in Python before trying to learn Python for Data Science. Do some research on the range method and you learn what the first value of i is in a for i in range loop. 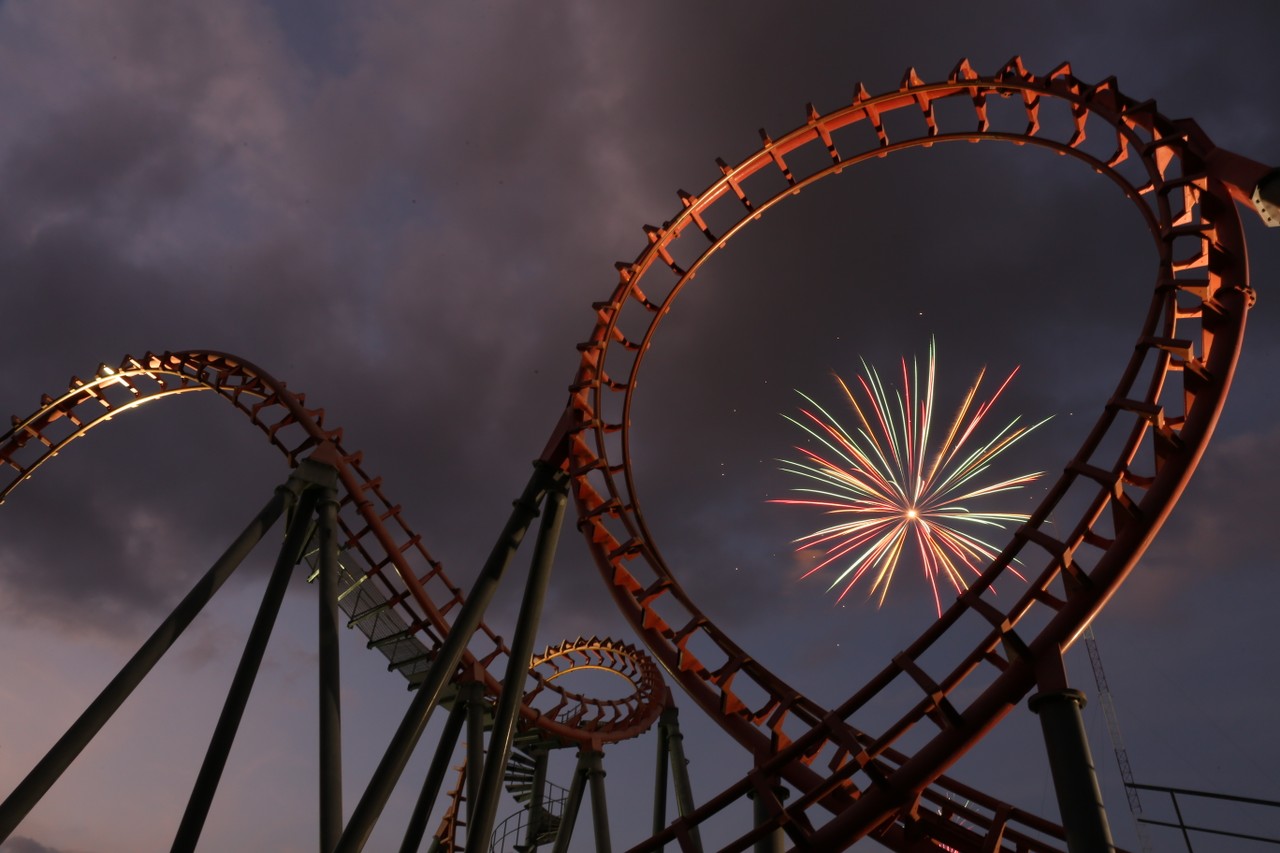 Python For Loop - For i in Range Example

Loops are one of the main control structures in any programming language, and Python is no different. In this article, we will look at a couple of examples using for loops with Python's range() function. For Loops in Python for loops repeat a portion...