I’ve made my first react app recently and I’m trying to deploy it on heroku.
I’m following this link for deployment .
But everytime I use " git add . ". It shows the following error: 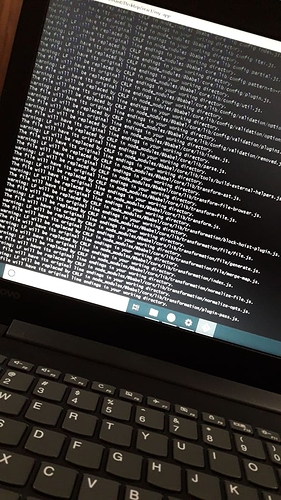 00%20PM581×1032 123 KB
It gives the warning “lf will be replaced by crlf”. I tried to figure out the problem and I got to know that this error occurs when we use git on windows and yes I’m using win 10. I also tried a solution such as to set “autocrlf to false” but the same warning message is showing after repeating the process of deploying…
Can someone plzz help???
DanCouper February 7, 2019, 12:45pm #2

It’s should just be a warning, Windows uses different line endings to Linux so it’s trying to convert them all so that the code works when deployed. You should be able be change the settings for line endings in your editor: I think it’s under “files” in the settings in VSCode for example (that may only work on new files though there is a command Change End of Line Sequence you can run). You can configure git to automatically replace — git config --global core.autocrlf true.

The problem is that it doesn’t stop…it runs like an infinite loop.
I terminate it by pressing Ctrl + C, after this when I use "git add . " and then “commit”, it gives the message “untracked files”.

Yeah, that’s likely because it’ll be every single line break everywhere in the thing you’re deploying; I’d set the global got config, Google which settings you need to change, and also Google converting line breaks for a whole a folder on Windows; simplest way will likely be a powershell script I guess, though someone will have built a tiny app to do it