Do you think I'm job ready?

Hey everyone, I wanted to know what you guys think about my portfolio and my cv.
Portfolio

Thank you so much for taking the time for answering!

Hello,
It seems the link doesn’t have authorized access.

Maybe instead of providing a bitly link, provide your actual portfolio link?
Or if it’s just your resume, I’d say build out a portfolio, and provide your cv.

Hello, I’ve removed the dead link and included my CV in the contact section of my portfolio (you have to click the folder icon). Thank you for taking the time to answer!

Hello, I’ve removed the dead link and included my CV in the contact section of my portfolio (you have to click the folder icon to get redirected to it). I’ve added a working link to it in the post. Thank you for taking the time to answer!

I wanted to know what you guys think about my portfolio

I see some visual glitches on my screen, I’m on my smaller resolution laptop and see this: 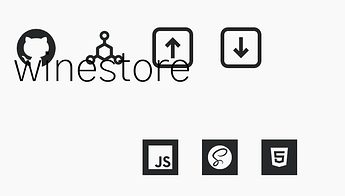 Overall I think the portfolio is clean, but it has some rough edges that could be ironed out.

Be sure to have a plain-normal resume you can hand out that doesn’t have color/fancy-stuffs. Flashier resumes work sometimes, but other times they are instantly overlooked as recruiters/hiring managers don’t have time to deal with too much flash.
The one linked on your portfolio might be fine for where it is, but it might be “too flashy” and trying to be your “portfolio on paper”, when those two really have 2 different goals.

Your resume also lacks any job experience area, even non-development experience is important. If you haven’t had any job of any kind then yes don’t have it, but if you’ve had any job put that to show you’re at least capable of working a job. Non-relevant experience can be seen as a plus as it gives you a way to show your background and possible domain experience.

Overall I get the impression you can do clean designs for simple use-cases, but even the showsearch project isn’t that complicated UI or UX wise, so its tough to say your job ready unless the job is simple, or design heavy.

It’s a tough space to get into because there is a lot of competition from other humans and software. Software can be used to create nice visual static websites without paying a developer to do it from scratch. So if that is the realm you know, you have to be really good to stand out and justify getting hired.

If you plan on sticking to the designer-front-end approach, I highly suggest expanding out and building a UI using a few different approaches so it stands out compared to your existing projects. This will show some flexibility and adaptability on your part. This could mean using other UI libraries, or components, or doing features that are more complicated.

You could also even maybe dabble in the back-end and try to do a full-stack app, which would open vastly more doors than sticking only to the front-end.

Overall just more projects of different complexities, you want to cover your bases while also standing out. If you end up doing to much of the same thing, you’ll have a tougher time standing out.

Wow! I’m incredibly thankful that you took the time to give me so many points to work on. Thank you so much, I’ll change my CV right away and I’ll definitely keep working on improving my skill set and building more complex applications. Again, thank you so much!