Genuine questions regarding the new curriculum

Please don’t flame me, and let me preface this by saying I enjoy the new RWD curriculum. I have a few questions though, to the community and the staff, that I think could enlighten my understanding of product rollout and optimization procedures.

I’ve noticed that the response to this rollout has been mixed. Many users have come to the forums wondering what was going on, having not been made aware of the change. I’ve seen (a select few) staff be intentionally rude to users, in my opinion, when responding to these questions. I can only assume it’s due to the frustration they might feel after having to repeatedly repost the FAQ that came bundled with the curriculum overhaul, and having to repeatedly answer the same question. Was there any kind of prerelease announcement in the days/weeks/months leading up to this curriculum change?

There have also been design critiques, comments on the perceived reduction in explanatory text per step, the help button being gone, the layout et cetera. Was there a beta phase for the new curriculum and layout before release, or some sort of testing process?

Thanks in advance for your time, and thank you fCC and staff for providing such an extensive and amazing service!

The Beta started in December: 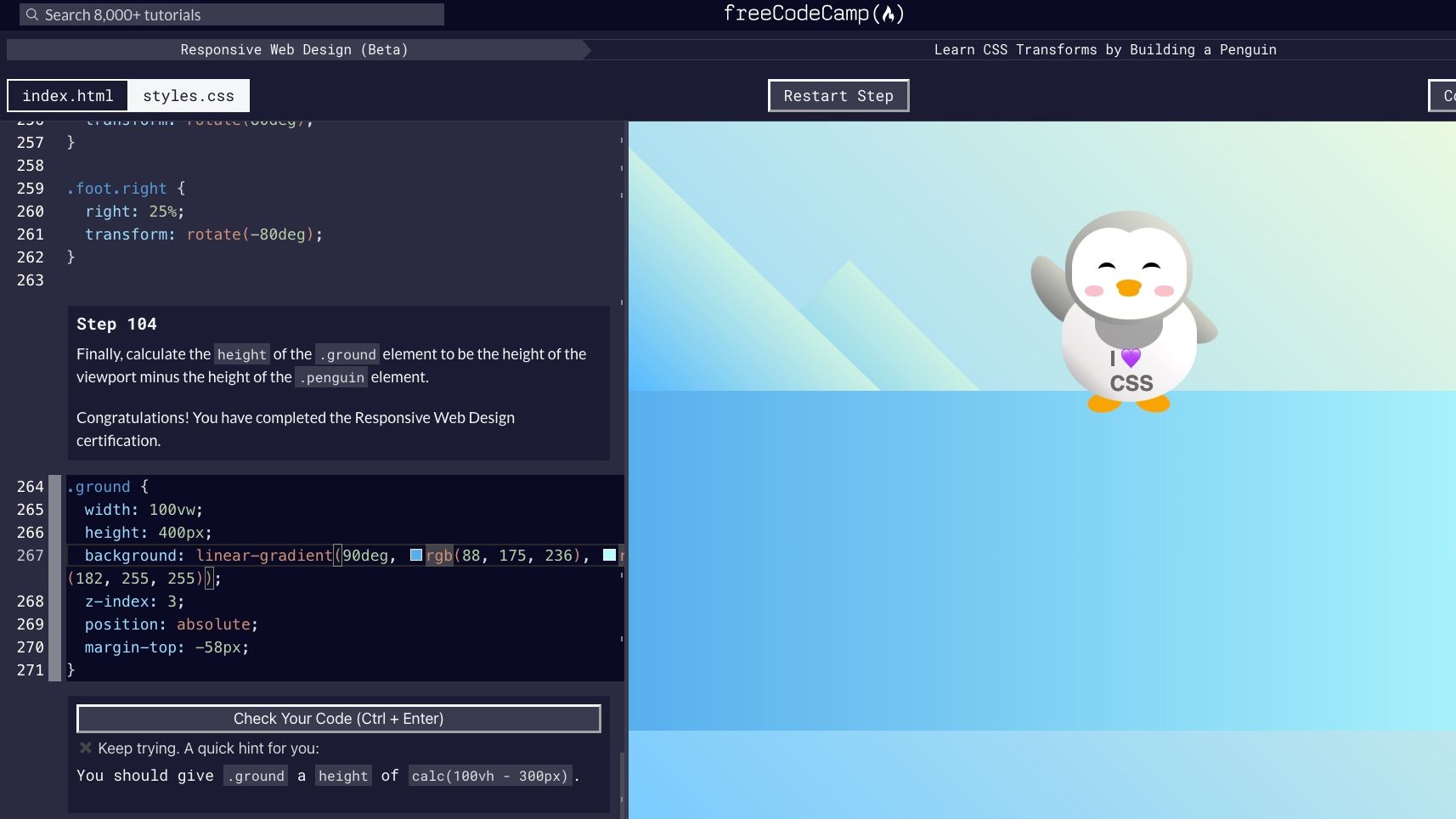 We just published a significant overhaul of our Responsive Web Design Certification (the first of freeCodeCamp's 10 currently-live certifications). We also updated our code editor. Instead of coding lessons, you'll learn concepts and syntax through a...

I wouldn’t say I’ve seen staff be rude, but a few folks have been a bit kurt and direct when responding to yet another person saying that the output of years of work from the fCC team sucks/is ugly/is terrible/etc.

I’ve noticed that the response to this rollout has been mixed. Many users have come to the forums wondering what was going on, having not been made aware of the change.

The beta version of the curriculum was released in December and was placed at the bottom of the other courses for people to try out.
My guess is that maybe people who were going through the old curriculum didn’t know the beta(new) version existed.

Was there any kind of prerelease announcement in the days/weeks/months leading up to this curriculum change?

There have been announcements made over the past 3 years about this change but people who have just joined in the last couple of months might not have been aware of the change coming.

There have also been design critiques, comments on the perceived reduction in explanatory text per step, the help button being gone, the layout et cetera.

The effort to shorten the text was for users to get to the core of the issue and start coding instead of reading long descriptive texts.

As for the help button, that will be added soon.

For the design critiques, a lot of users were able to complete the small challenges in the old curriculum but struggled when it came time to build the projects.
By changing the editor and having users write code directly into the html and css documents, it helps users understand the layout of a real html and css project.
The goal is to help users bridge the gap between lessons and building projects on their own.

Hopefully that answers your questions and thank you for taking the time to ask about the new curriculum.

Thank you and @JeremyLT for answering! I’m really grateful for everyone on your team for providing a truly amazing service. I can only begin to imagine the amount of work that goes in to implementing such an extensive curriculum.

I just finished my first project in the RWD certificate (the survey form), and I’m pumped to keep learning