Getting discouraged by my boss

I work in IT support at my citys oncology institute.

Today my boss saw me reading and taking notes for You don’t know JS and laughed. Saying that to be a developer/programmer you need to be insanely good at math to even get close and then asked me if I was that good at math. I said no but that I was learning anyway and then he laughed again and said: “There is your answer”.

I’ve never felt discouraged in my time when coding, but this just hit me right in the heart.

EDIT: The amount of support I’ve gotten from this community is amazing. Thank you so much to everyone.

Tell him that Math is a skill that can be learnt. By the way, the guy who invented SASS, he sucked at Math. Just saying.

I suck at Integral Calculation in Maths so I guess that makes me suck at Math as well. But guess what I still passed a Technical Test and went onto an Interview on Skype and got rejected cause they needed more experience which other candidates at the time had more then me. I think algebra is the most used type of maths in programming. Integrals are for NASA.

Before Diving into Web Development I also had a perception that Programmers had to learn Advanced Maths but I was so wrong. Trust me be consistent and you will be there in no time and than you get to laugh at your boss.

You can also follow the web development guide posted on these forums that advises to follow 30 minutes of Khan Academy each day to get better at math.

Your boss doesn’t know what he’s talking about. Is he a developer himself? Definitely don’t listen to him, and I think it’s not great of him to discourage you instead of encouraging you to keep pursuing what you like and a better career.

Honestly, to me it sounds like your boss simply doesn’t want you to eventually quit in sake of another job. Either that or he likes discouraging people as a pastime.

I’m also following one of P1xt’s guides by the way. Keep pushing forward and learning. You’ll eventually get there and prove your boss wrong.

What an ass.
A wrong ass.

Some people just like putting others down to rationalize how they have given up on things or something. Just ignore him. Not every dev job needs math.

When I was in elementary school I was really bad at math. I had a couple of good teachers in Jr high and high school. I went on to take calculus and major in chemistry. You can learn it if you have the aptitude for it. Today at 48 am constantly learning new things. Never stop learning.

To not being able to distinguish what programming is used for show lack of understand in the field despite being in the IT business.

First conception that programming requires strong math. This probably holds true if you are programming hardware that speaks directly with machine codes, but programming itself deals with series of logic not math at least not in modern time. What we do with programming defines whether or not we need to know math. If the objective is to code a form that accepts data and pass it onto the server, where is the math in that?

This misconception came from the dawn of video game business where math is literally a requirement to be a programming. A lot of times it requires deep understanding of physics and algerbra.

But we are in web dev and the math requirement is high school level. If your boss tells you that it requires math, ask him which part of the html requires it?

I will correct one thing that your boss said. To be a good programmer, you need to be good at proving logics. That is much harder than proving math.

his comments are a reflection of his own insecurities. Use it as fuel that he’s actually afraid you’ll excel in your career aspirations.

You do have a jerky and bad boss!
A good boss would want to see his subordinates improve and learn new skills/knowledge.
Because eventually, it will be to his own department/company’s benefit.
Bosses who put down, make fun of his subordinates are insecure to start with. They think the only way they can rise is to put others down.

Don’t be discouraged. Redirect your anger at him as motivation to really learn this stuff.
And when you get your first web developer job, and you tell him you’re quitting — that will be the sweetest revenge.

You need logic and problem solving skills.Tell your boss to stomp the brakes, put that idea right through the freaking windshield. Technically, you can write a function that will do that math for you.

You don’t need any of that to tell that your boss’s demoralizing behavior is not a good for the workplace. You were studying while having a free time at work? That is motivation! You work in IT and you are learning to code? That is career development.

Thank you for posting the story, but use it as motivation to study harder if anything.

Hey Quiixotiic!
I have never been in a gym before, I have no idea how to use the equipment, or how to train, but I keep going anyway because the gym is just around the corner, I have some time to burn and love to see chicks in yoga pants flex and bent. There are the “gym rats” with huge muscles, tiny tank tops and noisy grunts. They use to laugh when they see me struggling with mere 10 lbs dumbbells. yeah, that got me down a little.

Just a month later, I still go to the gym, the gym rats are still there grunting, and two days ago I found out that my man-boobs actually looks like pecs, the spaghetti I have for arms are showing some bulging and there is a glimpse of bum coming up plus the feeling of being full of energy and victorious is priceless. I am in no way as big as those gym rats, I don’t want to be. From 10 lbs I am at 20 lbs. and counting. The gym rats are not laughing anymore and I don’t even care because a year from now I will be only in better shape AND most likely in a developer career because in addition to exercising my body I am exercising my mind here at FCC. The gym rats? probably will continue to grunt and laugh of novices that will surpass them eventually.

You keep reading and taking notes (people call that self-improving) keep learning whatever come your way and keep in mind that if you learn, you don’t age, no matter your current age.

Please get back to us and tell us when YOU become your boss’ BOSS. Let them make fun of you so you can show them the joke is on them actually. You will kick a$$

Well it’s certainly possible there are math heavy programming jobs at the OP’s jobsite if it is a health science institution. I have looked up scientific programmer and big data type job openings at the cancer center and medical schools near me, and they typically require advanced math and statistics. But yeah, I doubt that was the case for the OPs boss comment, and the boss was just a @#$%. I agree he probably doesn’t have any idea of what he is talking about. My guess is he just got a good chuckle out of the title and didn’t really mean it how it sounded. Don’t let that discourage you. He is completely un- aware that there is an entire web dev world that he is totally oblivious about. Just keep on truckin!

A lot of people have pointed out that you can succeed in programming even without math skills. I will give you a different advice. Take time to learn math. Knowing math will make you a better programmer faster.

Having said that, you don’t have to know everything in math. Just college level math will be enough. Some amount of number theory, calculus will go a long way in helping you.

Even if you take 6 months to finish it. It will still be worth it.

I said no but that I was learning anyway and then he laughed again and said: “There is your answer”.

I assume he wanted to be a programmer but couldn’t manage the studying, and he’s reacting negatively to you living out his failed dream. Tell him he’s welcome to come here and learn. Or don’t. Feel free to point and laugh at him when you get your first developer job.

Math is awesome, though. Geometry and statistics would be good topics for proficiency, based on my own experience. 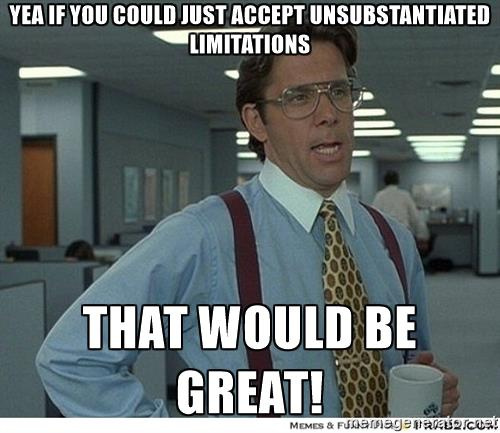 Keep your head up. Like everyone else is saying, skills can be taught as you are learning with coding.

I hope you are learning this new skill to get a better job and get away from this negativity.

Don’t get me wrong he isn’t a bad guy. Its just that sometimes he talks about web development like its just “Making webistes” and that why would I be learning HTML and CSS to make websites when there is Squarespace, Wordpress, Wix etc.

I guess part of the learning curve when learning how to code is to deal with people that are ignorant. I don’t really think there is a guide for that except real life