Has anyone passed the optional bonus for the markdown previewer

The goal I am referring to is

Optional Bonus (you do not need to make this test pass): When I click a link rendered by my markdown previewer, the link is opened up in a new tab (HINT: read the Marked.js docs for this one!).

I have looked on the forum and one of the first responses to a similar question suggests to skip it since there is no relevant info in the DOCS in marked.js
Is this true? Should this optional bonus be skipped?
I tried implementing the code below but could not get it to execute properly. I found this code in a discussion in a GitHub thread about this issue. 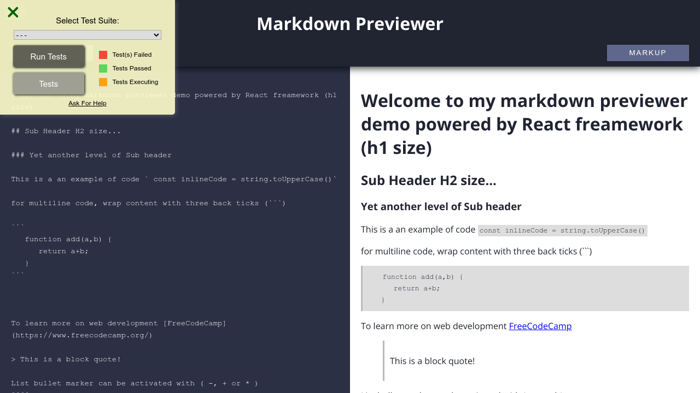 I read the docs but didn’t fully understand them. I got the tests to pass by adding the target="_blank" after the fact, using the following function as part of my ‘handleChange’ function: 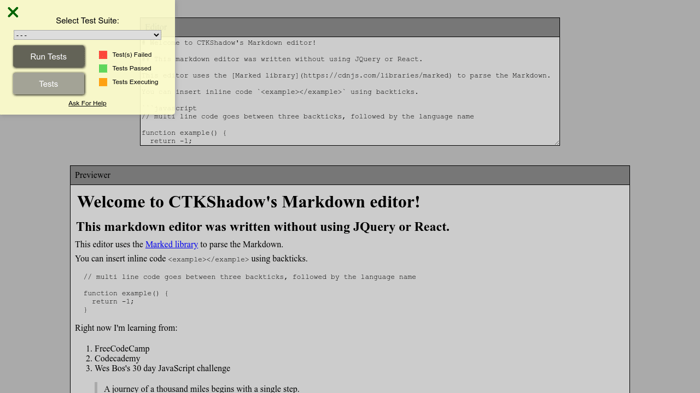 Wow, thanks I did not do the last line. If you dont mind, can you explain what the last line of your code is doing?

The line I am talking about is

My bad, I am not good on the explaining part. on the last line I am parsing the markup string with the marked plugin

if you parse with pure javascript

If its React it would be

In my case I used the html-react-parser instead of the dangerouslySetInnerHTML, in ordet to sanitize the markup.

Nice work, with few lines of code really simple, you got it to pass.

I used react for this problem and at the end the only way I found to pass the test was to add {breaks:true} inside my dangerouslySetInnerHTML.
something like this:

unfortunately this not open the website in another Tab , but at least works for completing the test.