Hi all, Tribute Page from FCC. It's very basic and similar to the example, but that was kind of the point

I’m just going to push back a little on you here and say that creating something basic and similar to the example is not the point. The point is to further your understanding of HTML/CSS and responsive design. If you think you did that with this project then great. But if not, then I would scrap what you have and start over from scratch because you are only robbing yourself from learning.

I found some issues when I resized the browser window to be smaller. 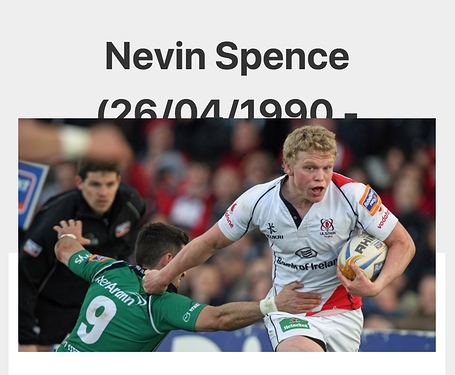 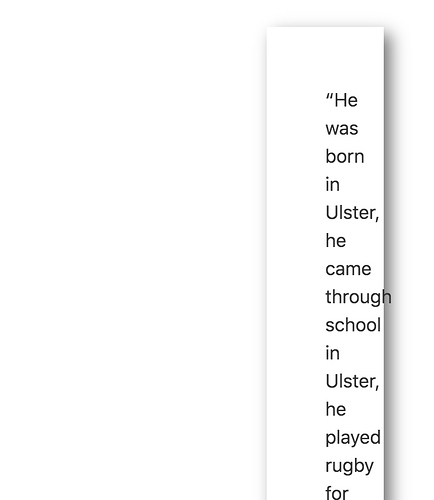 When it comes to the design, yes it is similar to the FCC sample colors and layout. But you did inject some of your own personal touches like the box shadow in the middle. That was a nice addition.

I don’t think you need to scrap this project and start over. For future projects there is nothing wrong with simplicity but don’t feel like you are bound to the stylistic choices of the FCC samples. Remember that the projects only have to be functionally similar not stylistically similar.

Congrats on your first project!

Yep, fair comments. What I meant was that I wasn’t trying to do anything spectacular here, its very early in my learning so I was happy to be able to put the bits and pieces together, did I understand why and what I was doing. So I suppose mate yep, I would agree that I did definitely learn something. Appreciate the feedback though.

Oh wow I never noticed that. Not even sure where to start to fix that

Thank you, yeah I didn’t do anything out there because I mean I could have changed colours etc etc but I was focused on getting the job done. I will probably use this as a canvas for trying new things over time.

Also thank you v much! Glad to finally get something out of my learning.

I would reset the margins for smaller devices. This might work.

For the image, I just deleted margin-top:-250px; from smaller devices and that seemed to work.

My hero. Worked perfectly. I suppose a case of over engineering at times. Like the margin-top for example, which didn’t need to be there.

Welcome to the forums @marxy2810. Your page looks good. Some things to revisit;

And you styled it as;

Couple of things about it;

The HTML br element produces a line break in text (carriage-return). It is useful for writing a poem or an address, where the division of lines is significant.

Thank you for the feedback @Roma.

Really detailed and quality feedback. Much appreciated and thank you. Hopefully the changes I have made reflect said feedback. Only trying to get better!

For example for the scale() function, it would be transform.

Not sure what you mean about the media queries - how do I put them together if the two selectors have different font-sizes??

These two media queries are for the same screen size and the two selectors target different elements. Doesn’t matter that the font sizes are different.
Your statement is like saying at full screen, h1 and #img-caption cannot have different font sizes.

On a side note, if they were styled with relative sizes (em, rem) initially, rather than hardcoding a pixel size, you probably wouldn’t need a media query.

Some times it is difficult not to copy code if what you plan to write is already written in front of you, no?

The projects aren’t just another challenge. Each one is meant to be a significant step in your progress. Every project you do will require research, planning, trial and error, and strengthening your skills beyond what you gain from the incremental challenges.
Don’t look at the sample projects code as a way to do your projects.

To be fair that is how the media queries are done in the example project. Each media query is placed below the selector that it is changing styles on.

Sure you get some media query duplication, but personally, I like the structure and organization it gives. But you do have to be mindful of the cascade when doing so as well.

@lasjorg, yes I realize there are two schools of thought on that and I’ve read the pros and cons of both.
Guess it’s just been ingrained on me to use one because of the last couple of places that I’ve worked.

@Roma thank you very much for the feedback. I see what you mean regarding the media queries. @lasjorg that’s fair, I suppose everyone will have their own way. Thank you both for this feedback.