I just landed a job making $45k/yr with NO degree! Thoughts?

Yes, $45k is not that much in the larger scope, but it is decent after only having 10 months of work experience as a developer with no degree. Before that, I was only making peanuts for a salary.

But for a junior-ish developer, is that decent?

I am skilled in a multitude of technologies, but specialize mainly in JavaScript and frontend development.

BTW, I live in Tennessee where the pay scales are lower than if I were out west, for example.

Congrats on the job!

As for the salary question, it is a little on the lower side.
I don’t know if you researched salaries while you were job hunting but according to the stackoverflow salary calculator, tennessee salaries are showing $59,000 for the lowest end. 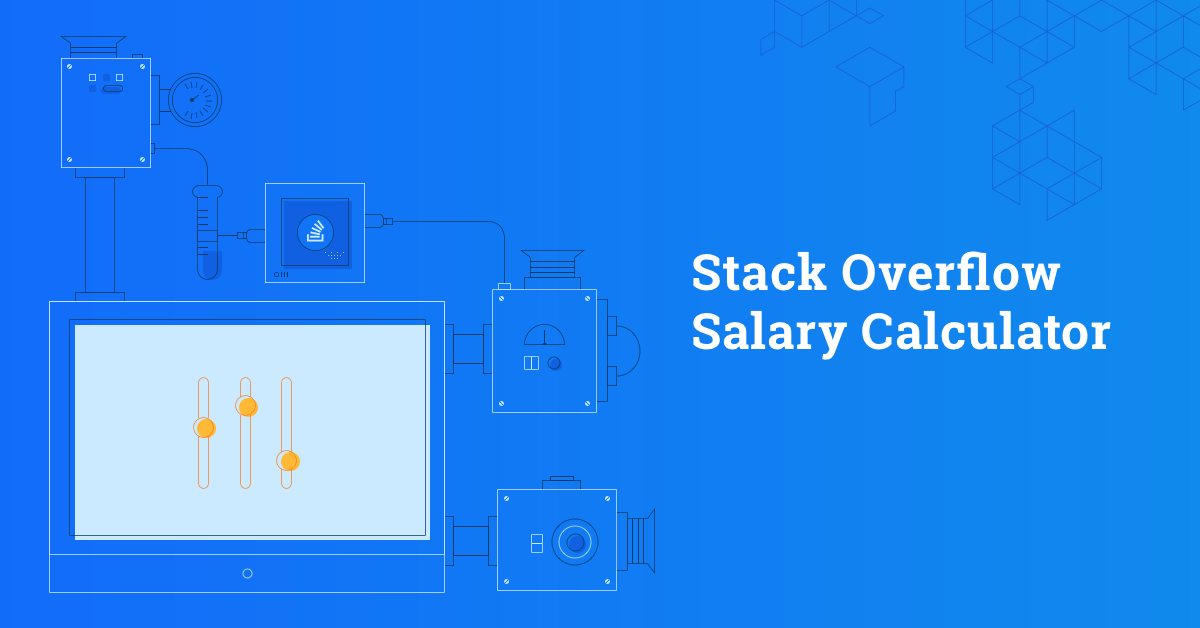 How much does the average Software Developer earn? Use the Stack Overflow Salary Calculator to see how much you should you be earning.

I am also looking on glassdoor and there are some around $50,000 range.

I would stick with the job for a little bit and see how it goes.
You will get a feel for the company and get to see if you have opportunities for pay raises.
If it becomes obvious that they are not going to give you raises and pay you under market value then you need to look for another job.

Oh wow! Thanks for letting me know. Although, I don’t know if that calculator accounts for juniors versus mid-level or senior developers.

Edit: Actually it appears it does. Hmm…

I would stick with the company for a little bit and get a feel for what they are about.

Keep researching salaries so you know the market rate in your area.

You will know after working with them if they are going to give you pay increases or not.
Then you can assess the situation then.

Luckily, you are in tennessee where you can live off of $45,000.
But if you were where I am at (in LA) I would advise you to get a new job like yesterday. It’s stupidly expensive here

I would make a guess that this would leave out the few developers, but don’t use Stack Overflow. (these people do exist) I’d assume this would leave out a select few doing extremely complex work, and those doing trivial possibly not totally dev work. For example an IT worker who might be considered a dev, might not use Stack Overflow because they aren’t coding that often. Or, these sorts of developers aren’t committed enough to fill out these sorts of surveys.

You might be able to get other numbers from other places, but they will almost always have some kind of sampling bias.

Yes, $45k is not that much in the larger scope, but it is decent after only having 10 months of work experience as a developer with no degree. Before that, I was only making peanuts for a salary.

BTW, I live in Tennessee where the pay scales are lower than if I were out west, for example.

No offense intended at all, but is $45K a live-able salary for you there in TN? Just curious, since I don’t know what the cost of living there is.

Both the $45K and $38K figures sound really low for a technical job, even for an area with a lower cost of living. I was getting paid $40K for a job 15 years ago here in Colorado - technical & entry-level, and also without a college degree either. I stress the point of 15 years ago because of inflation, since that would be more today.

I feel like if you’re not getting paid a minimum of $50K for a technical job anywhere in the US, you’re getting taken advantage of. There’s a well-known (not entirely reputable, but “known” regardless) company called Revature that runs a coding bootcamp and guarantees a minimum salary of $50K for its graduates, regardless of where they’re placed around the country, which could be anywhere. Not saying that Revature’s minimum salary should be considered a benchmark, but if a company like that is guaranteeing at least that much nationwide, then you’re definitely getting underpaid for software development work.

And your cousin’s situation does not sound good at all. Did she get a full 4-year degree and is only making $38K? I honestly don’t mean any offense, but she really needs to find a new higher-paying job asap. She needs to seriously consider paying off her student loans as fast as she can. With a salary of $38K, it’s more than likely she’ll need more than 10 years to pay off her student loans, and that’s not something anyone should do.

And college graduates in this day and age should be landing $50K+ jobs minimum, if not higher. I would say a minimum expectation/goal for a college graduate today should be to land at least a $60K job, in fact. There are many companies that pay that nowadays too, so it’s not an unreasonable expectation. What I’m saying here is that your cousin needs to shoot higher, because it sounds like she’s getting taken advantage of too.

@astv99
A livable salary in Tennessee is lower compared to out west and up north.

Hell, I was getting paid $12/hr at my last full time entry-level dev job! Talk about getting taken advantage of!!!

My cousin lives in upstate NY and she is a human resources employee of some sorts, not in tech. My sister is a recent bachelor grad and was an art major. I don’t know exactly what she does because she is a very private person that doesn’t disclose much.

Comparing the minimum wages between Colorado and Tennessee right now reveals a 1.5 multiplier, so $45K for you is $67.5K here, which I guess isn’t that bad after all.

But that doesn’t change my feeling that you’re very likely getting underpaid regardless, and you should shoot for a higher-paying job as soon as you can.

And your cousin should absolutely be getting paid more than $38K. No college graduate should be accepting that low of a salary anywhere in the country. As I’ve mentioned, the minimum she should be looking for is $50K. College degrees, and the resulting student loans, are expensive, and take years to pay off. You should encourage anyone you know who’s making less than $50K to find a better-paying job. Many people settle because they don’t know better, or how to find a great first job, but you’ll be doing your family/relatives a favor by encouraging them.

And when you feel you have enough experience, I highly recommend you find a new job yourself, especially because it’s one of the best ways to continue to learn & grow as a developer.

Btw, so as to not give the wrong impression here, congrats on landing your job! Certainly sounds like a respectable salary for your state. Just trying to give you further encouragement.

@astv99
Funny you mentioned Colorado. My sister actually lives there. She could actually be making more than me, idk.

It’s all relative I suppose. In Indiana for example, a public teacher with 10+ years experience and a masters degree may still make under 50k… I feel like you’re at a very good starting point and either more raises are in your future or better paying opportunities will be readily available as you gain more experience.

Best wishes at the new job. Hope it goes great!

Hi Hjb1694, congratulations on the job!

Your post has really encouraged me as I too I’m looking to make a career switch.

So I would like to know a few things, like for how long have you been learning and also what resources other than those on freeCodeCamp you had been using…

Congratulations on the job.
Do you have any advice on a person like me, who is still trying to complete the freeCodeCamp Certificates, on what to right in getting a job (preferably a remote developer job)?

any advice is appreciated

Hey! First off congrats on the Job that is awesome!

In terms of not having a degree, I think over time that will become less important since the internet allows people to learn things for free from anywhere.

You could even do no-code / low-code dev

@mikestand.123 what do you mean by no-code I feel like that is really broad. Are you suggesting designing websites on Wix or Squarespace on the side?

Yea probably should have been more specific. I am a programmer who works a full time job and on the side I do no code and low code dev. I do it on the side as opposed to regular coding because it takes a lot less time.

But yea I use a bunch of different tools. Depends on what the client wants. If someone wants a website I will use Wordpress, Elementor or Sqaurespace.

If someone wants a full web app ill use bubble which is pretty incredible. There are tons of tools out there - check out this article it will be helpful The No-code and Low-code Revolution - - explains all the different tools out there

Nocode requires actually zero code while lowcode allows you to do a lot of work upfront without code and then you need to code to finish.

Awesome I will definitely check that out ! Thanks for the info - I am considering doing freelance work on the side of my regular job as well.

My first full-time dev job was $13/hour CAD just so you have another perspective.

My first dev job was actually a part-time contract which paid $35 USD/hour which funny enough worked out to be about 80k/year CAD if I had been able to put enough hours in. So in a way you could say I started at 80k/year as an entry-level contractor.

Salaries are tough to talk about since there’s so many factors that determine whether or not a salary is good money for you but I don’t think there’s anything necessarily wrong with getting into the industry starting out low.

I would just prepare yourself mentally to job hop a little bit in the first few years if you want to get a significant salary increase. Unless the place your at has a lot of potential to move up which hopefully you feel comfortable having open and honest conversations about future salary expectations. In my experience, large jumps in salary tend to require switching companies.

But yeah, as others have said, you can probably make more than you are now if you look around but I also think 45k/year is a pretty sweet starting salary for someone who doesn’t have a degree. It’s only up from here! You should be proud of yourself

I would recommend Udemy, especially Max’s and Academind’s courses. They are an excellent starting point and are in depth. Honestly, I didn’t use freecodecamp much, mainly just for the forums.

Also, you have to be proactive in your job searches. I had to research web development firms in my area and personally approach the employer, even when they didn’t have a job listing out there. That is how I got my foot into the door.

In addition, I am an active member of the developer community in my area. Networking is HUGE!

Yeah, it’s a little low, even if you take into account COL. But so what. You got that almost impossible to get first job. Work that job for a year or two and then your next job will pay much better and will be much easier to get.

Congratulations. You have a lot of work and frustration ahead of you, but you are on the path.