I started to learn fcc in aug of 2021. at first, I was learning fcc curriculum very interestingly and more motivated … IDK why I feel so down right now. btw I have enormous family pressure to make some money and I’m having some anxiety about whether I can succeed in my life and having some negative thoughts… How to get over this hardship … usually I don’t ask anyone … but I have to

First and foremost, if you are having negative thoughts and struggling with mental health then please consult with a trained counselor.
Your mental health and well being should come first before anything else.

Secondly, a lot of people go through this.
The newness of coding has worn off.
The concepts and lessons are getting harder.
Plus you have the added stress of finances.

I don’t know if you are working now, but I would suggest getting a regular day job to bring in stable income.
It doesn’t have to be your dream job.
It is just temporary until you can land a dev job.

There have been plenty of people who worked day jobs and coding in the mornings and evenings.
One of those people was Danny Thompson. 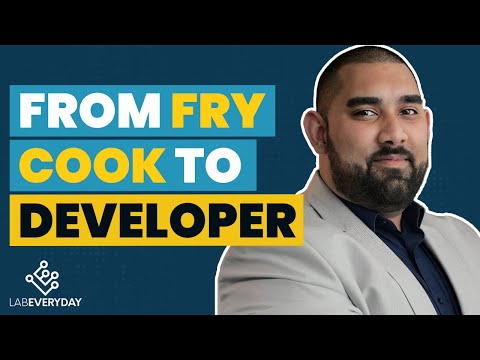 You also have to remember that you are still pretty early on in the journey.
It has been about 3 months.
Just try to do your best and take things one day at a time.

thank you for your advice … that means a lot to me

about this just don’t think too much , because i was same as you buddy. you know i am 19 years old right now and when i was 18 i use to think lot like , what i will do in future and how i get my job as soon as possible and for that i give government exams too, you know on hsc base to get job and i got selected too i pass costguard exam ,all physical test too but finally got rejected in medical because i have color blindness so things get happen .
you know sadness and all but then i talk to my mom and dad and they said buddy you are just 18 years old kid just don’t think too much about your life ok , just do what you want to do and we are always with you .

so i will suggest you to talk to your parent and share your problems with them definetley you will find out the way.

and about code if your facing problem understanding textual content then try videos that help a lot because i have learned from videos more than textual content.

and about code if your facing problem understanding textual content then try videos that help a lot because i have learned from videos more than textual content.

Thanks for the advice mate

Hi @arsxd81 . I’m a 32yo with no programming background. I always wanted to learn about and get into tech, and after some failed attempts since 2015, around July 2021 I decided to really get into it head on. I managed to study at least an hour after work for a month, but then I had some mental health issues (symptoms of depression) and stopped. After some late changes to my life (mainly leaving my job and moving back to my hometown where I was close to friends), by november I got back to studying. I’m fortunate enough to be able to focus on studying only, but there are still times when I feel overwhelmed by the journey and that I won’t succeed. Right now I’m kinda stuck on my Python projects to get my certification and I’m browsing through FCC’s forums to see if I get some inspiration.

Try to surround yourself with people that went through a similar journey. I started following some people on Twitter to read about their stories. It gives me more hope that I can do it too. Also, if you can find something that interests you in the programming world that migth give you some inspiration too, as that’ll give you some higher end goals to achieve. For example, from what I’ve researched, I’d really like to get into the field of natural language processing, as that ties into an interest in linguistic I had when I was around 19yo (but never really got to study it).

Everyone’s journey is different, but I hope that what I wrote might be useful to yours in some manner. Cheers. =D

thank you for your advice mate…

My philosophy is that learning to code is a middle-step, and there are other supporting areas, and companies who understand that. The important thing is to go in the right direction, not to obsess on one step in the direction. I deal with this a lot as amateurs work to become professionals, and ideally remain successful independents in the process. “Making Money” is a necessity, but sometimes a necessary evil. Only when your life is going in the right direction is the “Money” aspect meaningful to “Life” – versus just “Not Dying” … So think about where you really want to go, and take each step, not just the one you think you need to take. This is where mentorship comes in. You do not know what you do not know.

For example, Quality Assurance Testing and Technical Writing are key skills which do not involve coding directly. And Developer Operations ( usually called DevOps ) is key as well, however much more technical. Then you get into Code Development but it does not stop there. Then you get into Design and Architecture and from there directly into Vision Development working directly in the decision making process of an organization.

Knowing this, you do not need to force yourself into Code if what you need right now is Paid Work in the direction of Code and beyond.

If you ping me in off-topic on the discord for fCC I would be glad to go further into this with you. Same name over there. And it seems like it has been several months. Any updates?

After working as SDET / QA for 16 years; I’ve decided to quit that role and learn/ learning development.

My humble opinion if you want to make good money and motivated enough; please learn development and do not do QA at all.

CompTIA’s new State of the Tech Workforce report does its best to show which tech jobs will grow significantly over the next decade.

Depends on the person and company. I could not be at one company but one of my own for 16 years for example. Some of the best people I know started QA. They set firm boundaries and goals, then moved through it. After that, they always had that skill-set as a programmer, or even as an executive. And as an owner, you will need to do your own QA very often. Really depends on aspirations, style, and habits on time commitments.