Lucene confusion, can anyone clear?

These are the steps of indexing in Lucene given in our syllabus-: 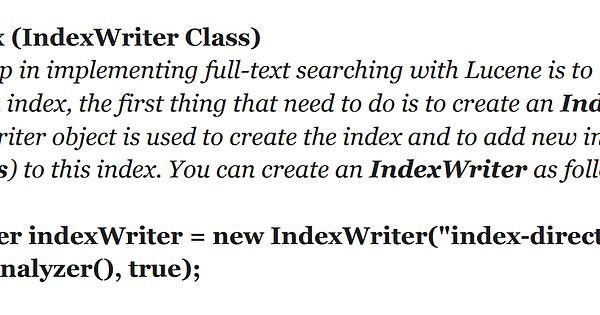 I understand the second step clearly. But I don’t understand the first and third step. It’s not mentioned clearly in this figure imo. Can you clear my confusion? Plus the sources that I refer don’t even mention it like this, they explain it differently. I’m not sure from where this is copied from.

What are we doing in first vs third step as written in that figure text?

Why was indexwriter created first and not used later? Because according to my information that I’ve collected, you can also use indexwriter to add/remove/update indexes.

I’ve a good feeling that all of this information is incorrect but this is what’s written in my teacher’s notes so I’m not 100% sure of it. And even if it’s wrong, they’d expect us to write the same thing in exam, so I’ve to learn it.

Why not ask your teacher these questions?

Hm looks like I’ll have to. but I’m not sure if that’d be advantageous.