I built this portfolio page as part of my free code camp challenge.
ported it to the web here http;//manny.techno-dombai.com.ng

I will greatly appreciate your feedback, happy coding pals!

Hey, when your portfolio page is viewed on full page mode in codepen and the browser window is resized, then,the alignment of text and images in the portfolio section is not correct.

For now, it looks a bit messy (mainly due to the arrangement of the items when in smaller screens) due to the following issues (at least what I got from my monitor):

First, it seems that the intended spacing is not in place as seen here.
(This is on the non-Codepen version btw)

And the third one is the extra space on the right side of the page that causes the horizontal scroll bar to appear. This may be solved by assigning the containers with class="container" (idk the full code but that’s most likely, I’ve seen it a lot of times now).

You can read it more about it here (linking it just to be sure).

I’ve seen your code and one of them has this but that annoying issue will still take effect if one of the containers did not have this class, so be sure to keep an eye out if one of them misses it.

That’s all I can help you with.

Like I’ve said before, it’s a mess but keep improving! I’ve been there (still not a competent one, though,

but hey at least with improvement).

Thanks all for the feedback, I will fix them and post the result.

I think your codes are not with the guidelines, you have to lock your menu bar to see your scrollSpy is work.
Please see the link below, my project, not the best but add some java to get your site alive. 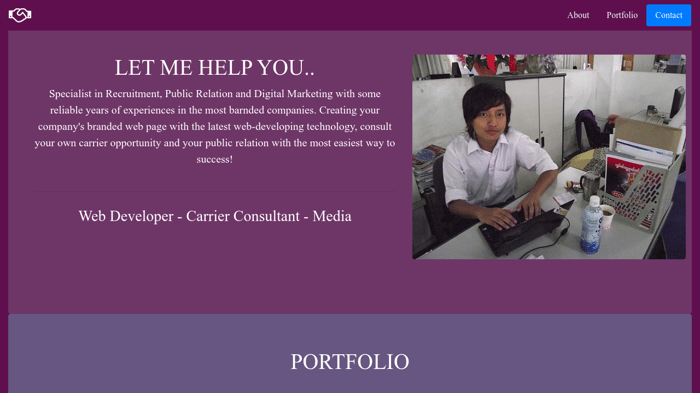 @Khaisen, I didn’t see that as part of the user stories!

I manage to implement changes, the height property was making it fall away when resized. Fixed that. I just wanna move on to Javascript. Will learnmore CSS along the way.