I’m doing the project on building a Tribute Page and I am facing some problems; 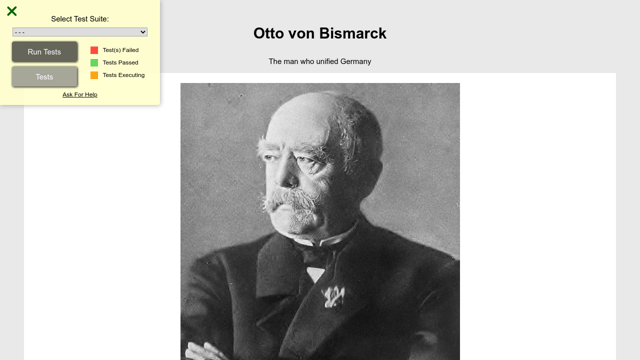 how come my CSS code only has effect on some of the HTML elements and not all? My CSS style changes have no effect on the title even though it has been correctly id.

You don’t need to include the <style> tag and </style> tag in your CSS, you should delete them.

How do I align the list in tribute-info element to the center and making all the bulletpoints the same starting positions?

Try reading through list-style-position MDN I think it’s what you’re looking for.

Add ‘‘list-style-position: inside;’’ on #tribute-info to align to the text