While my project ‘technically’ passes all the guidelines, there are still issues I’d like to resolve before moving on from it completely.

2) I can’t figure out how to include the quote in the Twitter link, since tne <a> element won’t accept JSX arguments, such as {this.props.author}.

Thank you in advance to anyone willing to offer some guidance. 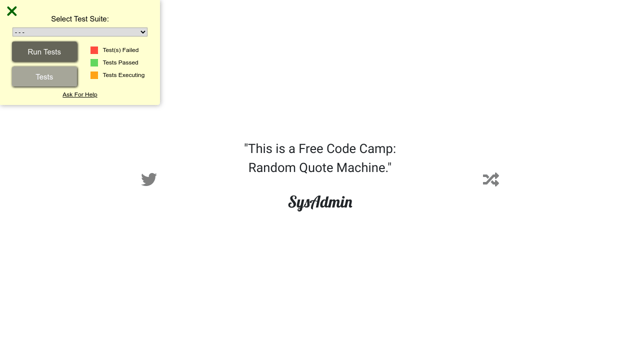 Disregard issue 1. I resolved it it by including the appropriate class in the <a> element itself instead of in the parent <button> class.

Regarding issue 2, I’m currently trying to resolve it by using jQuery in React and I seem to be making progress.