Working on the D3 GDP project. Having an issue displaying the month/year when the user hovers over an individual bar. 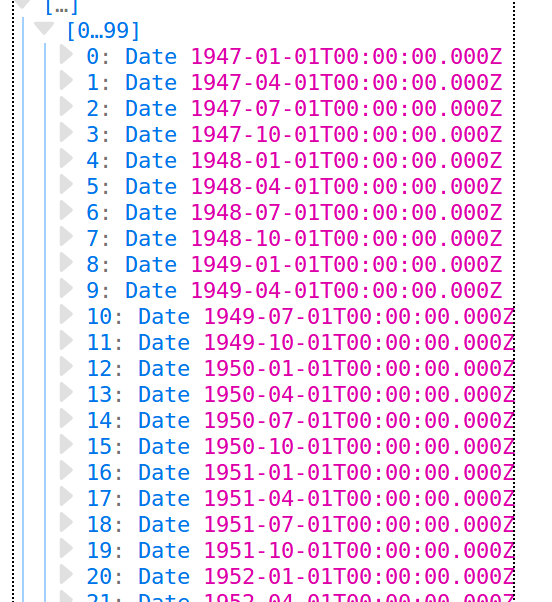 So instead of displaying 1947-01 on hover it displays 0. How do I access the date itselt and display that on hover? 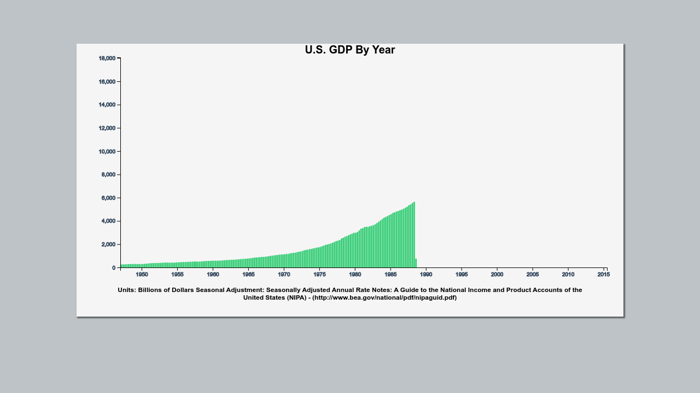 The second parameter to callbacks that you pass in d3 functions are always indexes. So the mouseover callback should really be
function(d, i) {}, not function(d, dates).

After that it’s just formatting the dates to a more human-friendly format.

That did the trick. I was going crazy on that one. I had no idea the parameter had to be ‘i’. I guess that’s one of the quirks of D3.