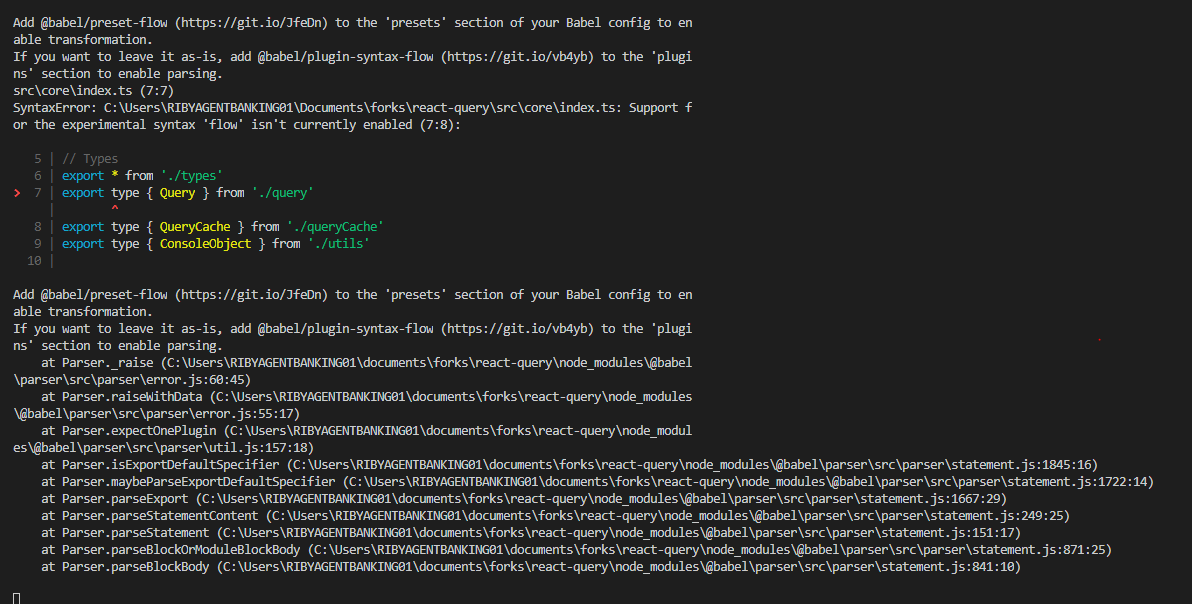 Babel doesn’t support the import type syntax, just use import. import type is an instruction to a Typescript compiler, which Babel is not (it just strips the types). Re the error message, at the minute it’s assuming you’re using Flow, which also uses that syntax.

Thank you. that worked, and the explanation was really helpful.

You don’t necessarily need Babel – check that you do before just installing it. The Rollup Typescript plugin (rollup-plugin-typescript2) will handle things just fine, leveraging the Typescript compiler. The advantage of Babel is that it’s generally a bit faster, but there’s quite a bit of extra plumbing to do to get that (whereas just Rollup’s Typescript plugin + the tsconfig.json is very simple to set up and run, but without incremental builds and project references is normally slower)

I’m working with react. Babel is set up on running create-react-app .

What’s your usecase for Rollup?

I forked and cloned a repo react-query. On starting the app, the error came up. Today is actually my first day hearing about Rollup.