I seem to have a problem with escaped HTML. I’ve created the project in React using a single component. I’ve tried storing the markup inside a <div> as JSX, creating a React class component and then a stateless functional component to render the div containing the markup, but in all cases, I see the HTML string, not the marked-up output. Using input that has escape-able characters shows the issue (I think):
Test String: "i’m i & i. "
Output of marked() function: “

I tried googling, and found a similar answer on stackoverflow - saying that the HTML needed to be unescaped to render, which is what prompted myresearch of the unescape() function. The WEIRD thing is that when I run the input string through unescape on the W3 tryit, the output is indeed unescaped. I am at my wit’s end here. Any advice on what I’m missing, or why the unescape function doesn’t want to work would be appreciated. My codepen follows: 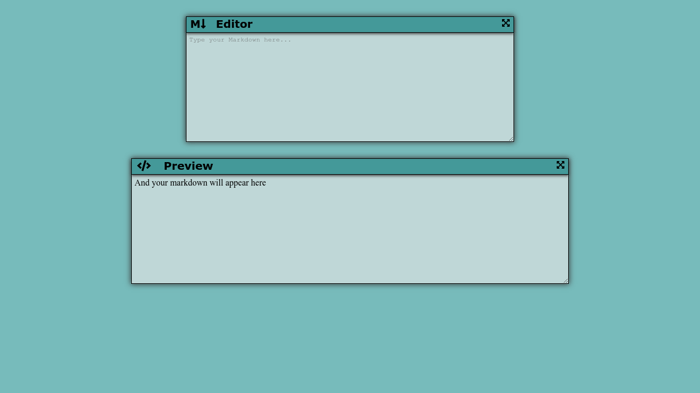 Gotta do some other work, but I’ll try out your advice later. But even marked’s demo page now outputs like the examples I provided:

Mh…tried myself on mine and the console log of what appear correctly in the page is incorrect in the console.

Probably this is the issue in your pen, you’re trying to unescape something that was not being escaped^^

Even in the last link you posted, is escaped if you select ‘html source’, it works if you select ‘preview’ ^^
DangerouslySetInnerHTML is definitely the way as @MindOfThomas said above ^^

Thanks. I was finally able to get back to this project last night. You were right about dangerouslySetInnerHTML