Hi! could you guys help me check if it works properly? Any kind of feedback is welcome.
I don’t think my algorithm is the most efficient and I might try to optimize it later on. For now I was just trying to make it work.
By the way, I implemented the bonus user story from the video and there’s no way the user can beat the computer. At best it will be a tie. Unless there’s a mistake I haven’t found.
You can play it here: https://codepen.io/jsJoao/full/XajoGN

Hmm i play square 4 comp plays 5
i play 2 comp plays 8
i play 1 and then board lights up all my x disappear before x is put in box
and it show comp with circle in 5,8,3,7 … oops
will look at further moves now

It stopped working after I placed my second move. It worked to a tie the first time through but I repeated the same first and second moves the second time around and it locked.

My first move was in the upper left square as shown. 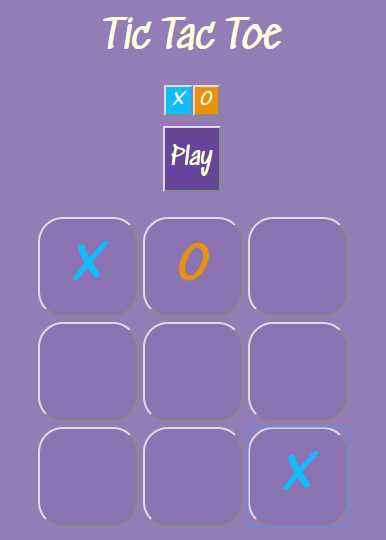 Thanks. I was changing some things in the code now and that probably affected. But yeah JohnL3, I just realized I forgot to check if the square already has an X or O in some cases. Will do it now.

Rickstewart I had forgotten to reset one of the variables related to the board status when the game is over.

I updated it. Now the user can’t overwrite moves and it’s working better. But I still need to work on the reset function. Thanks for the feedback. That was very helpful.