Why is so difficult to learn CSS?

It’s SO hard to learn CSS, and I just don’t know where or how to fix things.
Or even to create anything with CSS. I know, maybe I just pushing to hard to learn, but jesus it’s so frustrating.
How do keep learning CSS and not be discouraged to keep learning?

CSS becomes a weird, interconnected ball of hacks and side effects for a lot of us. Some people are amazing CSS wizards who love playing with their powers (I think that deals with minor demons are involved). For the rest of us, it’s often a slow combination of trial-and-error and frantic googling.

Hello kaiomazziero,
I also think that some things from CSS are very difficult to learn. Often things don’t work even though they have worked another time in a similar situation. But even if it takes a lot of time and nerve to find a solution, it’s just great when it’s done. This is also my way of not losing motivation, never forgetting my goal.
What is your goal for you to learn programming?

I’m focusing on Front End (HTML and CSS for now).
I started with FreeCodeCamp a week ago.

Then you are still at the beginning, if you have used css more it will be easier.
I think it is important to have a goal. Why you want to learn programming. Then you can think of the why whenever it is difficult.

It’s hard because it does so much!!!
For me it’s important to start with simple and then practice that … and ugh, I’m always going back for “oh, that’s right a comma between .thisclass, .thatclass is what I need to do for that to work for both.”

I get overwhelmed at the potential … I really want to get something usable out there for learning the times tables with meaning instead of rote… but then I see “oh! Maybe I could animate the whole times chart and have it fade to the ones we’re working on…” and say STOP! Yes you CAN do that with CSS but … you don’t have to

You have probably learned a ton – but if you’re always at the next thign that you don’t know yet, you always feel like you don’t know. Going back and practicing something you know might help with the learnign as well as the frustratoin. It’s better to know what you know well than to sort of know everything.
GOOD LUCK

I love CSS!
And I think it’s very difficult to learn.

Took me a long time to get some grip on it. I used different css courses with different teaching styles. That helped, because it let me see things from different perspectives.

The CSS courses on EdX helped me to understand the rules of css, especially the cascade that always seems to come between me and what I want to achieve.
But to practice it and use it, I think you better study here on FCC. 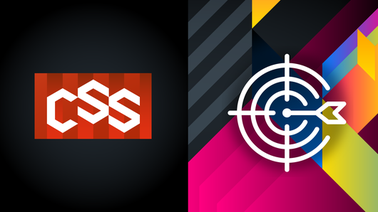 Learn how to take your Web pages from bland to bold with the power of CSS styling.

And in the end I really learned what to do when I developed a responsive, flexible website where everything had to be exactly aligned. I couldn’t use things like bootstrap or grid, so I used flexbox and relative units. It had to work on IE11 as well.
I’ve never in my whole life made so many mistakes and never solved so many problems. Google became my friend.

So I guess you just have to keep learning here on FCC and on other platforms. Start to build something and try things, even if it’s just for yourself. Make as many mistakes as possible and learn from each one of them.
And forgive CSS for being so complicated.

You’ll get there in the end.

I’m new to this and just making my first steps in to CSS.
But it’s like all the things you want to learn and know: practice practice and practice. Maybe you just have one idea to build a site but search for online projects and practice. If you find a platform or challenges on the web and you can start there to do these there will be people that have been there for.

And yes CSS might not be the easiest one to master but…
You did not master the language you speak after two weeks, two months…
You really can do this!

Hi Kai! I’m going through a similar phase. I would like to inform you that, recently I realized that motivation is unreliable. If I want to be good at anything whether CSS or Cooking or Coding in general, then I will need the grit to take me where I want to go. I have been postponing to dig further into CSS and Advanced, but I know I cannot stay away from CSS for longer because consequences of staying away from CSS will catch up with me. Therefore, since I had the realization that I need the grit in me to get what I want, then I shall jump into learning CSS and continue to do it till I get comfortable with it. I encourage you to do the same. Finding something tough? Not comfortable? Then do it more till you get comfortable. Even though you will not enjoy it for some time, when you attain fluency, you will start feeling more comfortable with CSS.

This topic was automatically closed 180 days after the last reply. New replies are no longer allowed.