Hey guys, even though I have studied about " ::before ::after " pseudo elements, I have no idea when they were used with * like below image1. What is the difference between image 1 and image2 ? 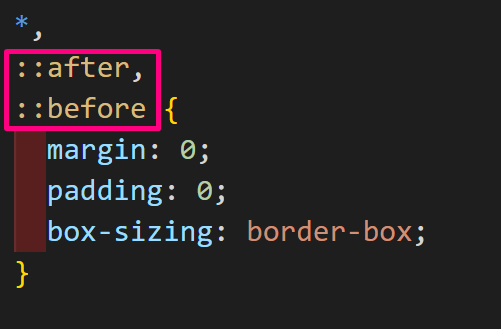 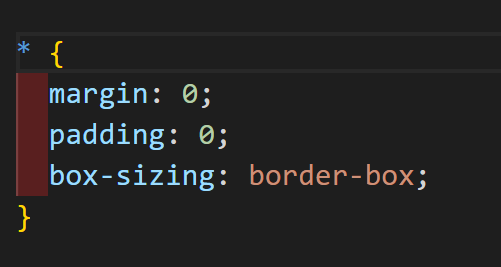 W3Schools offers free online tutorials, references and exercises in all the major languages of the web. Covering popular subjects like HTML, CSS, JavaScript, Python, SQL, Java, and many, many more.

they have covered all about sudo elements including before and after.
read this first, if you still don’t get it then i will try to explain in my way.

I’ve read and watched video about Pseudo-elements and I know how to use them with another tags/elements. But I have no idea what is different between image 1 and image2??
How things would be changed if I don’t use them ? Can you explain?? Cuz I haven’t found any differences even when I didn’t use them…

The ::before pseudo-element can be used to insert some content before the content of an element.
and syntax is

but in your case * is universal selector which means you are selectiong all elements of html page .
and i don’t get it why you are using before and after sudo elements for universal slector so

Hi, quite new here, maybe that’s what you are looking for: https://stackoverflow.com/questions/31317238/why-use-selector-in-combination-with-before-and-after