New to the forum and looking for advice on a career change from 2nd / 3rd line support into a developers role. I left college in 2005 after completing a HND in computer science landed a junior role developing in Delphi although i was only taught c++ and VB in my studies. Recession hit 6 months later and the company went bust. After that i ended up out of IT up until 3 years ago when i moved within a company from an customer facing operation role into 2nd line support. Job was great to begin with learning lots of new things mainly network side and brushing up on my problem solving skills but the last year has gotten very stale. I am currently looking to leave my employers although looking at my skill set i would be destined for another support role which i don’t really fancy.

What Languages are most commonly used in the software development market today?
What skills / Languages would i require to land a junior position?

Any help would be appreciated to get me started.

New to the forum and looking for advice on a career change from 2nd / 3rd line support into a developers role.

What Languages are most commonly used in the software development market today?

What skills / Languages would i require to land a junior position? 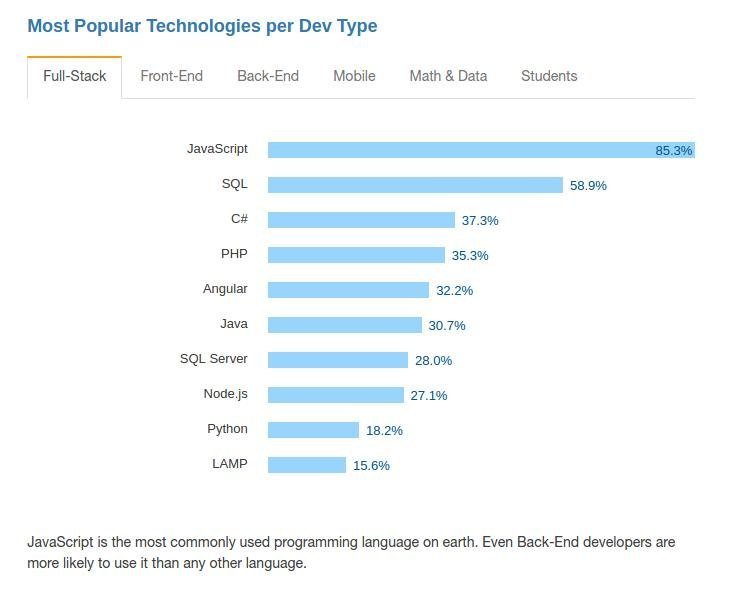 If you’re gonna do any web frontend, HTML+CSS+JS is a must, because all of the web is HTML+CSS+JS. Having jumped way too early into frameworks myself, I’d advise you to stick with getting the hang of the core of those 3 first. Good knowledge of CSS and JS fundamentals is crucial. So don’t go looking for Angular 2 tutorials before you actually know how to write JS decently well.

For backend it doesn’t really matter I think. Different companies will have made different choices regarding backend. Learning any object-oriented language (Java/C#/Python…) helps, and PHP is still immensely popular as well although it’s a shitty ass stupid language. Anyway, when I got hired after 3 months of self-study, the only backend I had done was some simple tutorial stuff with Node.js. At my job ALL the backend stuff I do is using Python&Django right now. I learned those by being thrown into a project where the backend was Python/Django, so it was out of necessity because that’s what the company uses, plain and simple.

Thanks all currently working through the free code camp and having a trip down memory lane doing HTML.

Javascript videos will be getting added to the youtube playlist and will my viewing material for the next few months.

Now i have something to sink my teeth into

What Languages are most commonly used in the software development market today?

Depends on where you live. In my city C# and Java are basically the only languages you can find any work, microsoft has a lot of student programs in here so the majority of systems use .NET, don’t naively assume you can judge the whole world by the same standard.
I would advise you to look into job boards for the position you want (location, type of work and what skills they look for). Try different sources of job boards, write down the data if you have to and reach your own conclusion of what is mostly required today for your reality.

What skills / Languages would i require to land a junior position?

There are other areas you can branch to, back end programmer, systems programmer, UI/UX designer, etc…The first thing you should do is decide what is it you want to do exactly, then look for job boards for that role and location.

Article: What programming language should you learn first?