Decrement a Number with JavaScript - Help

I need help with this test, someone could help me? What’s missing?

this is how you do decrement myVar–
in this tutorial myVar is already declared on line 1 . so you don’t need to declare it again
all you have to do is change the value with myVar with myVar-- because “myVar-1” is same as ‘myVar–’

thanks, but still have two test failed messages 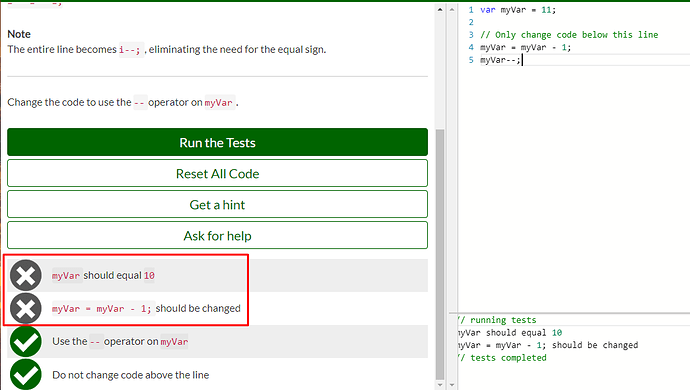 I think @ilenia is right.

At the end myVar should equal 10 and in this code you are decrementing it twice.

Now I get it! Thanks!

Please have a look at the comments. That’s what your current code is doing. I won’t be giving you the answer straight away. See if you can figure out your error. Please ignore, if you have already solved it.