Difference between var and let context

your loop is finished before the settimeout return

can you explain me little briefly

my bad i did not explain well… basically the way it works is that the scoping is different between those two.

output will be 5 and being called for 5 times

about that… when you are using var your loop will finish incrementing before your settimeout. the value will be 5, your stack will be empty, event loop will pick up the setimeout from the task que it logs the value of i 5 times.

let is restricted in the block { } the var isnt restricted to the block, if you use var within a for loop inside a function, it’s available to the entire function, although in your case you have it inside of a block with is inside a for loop… it is a similar concept.

watch this video if the description still isnt clear he explains it better than me: 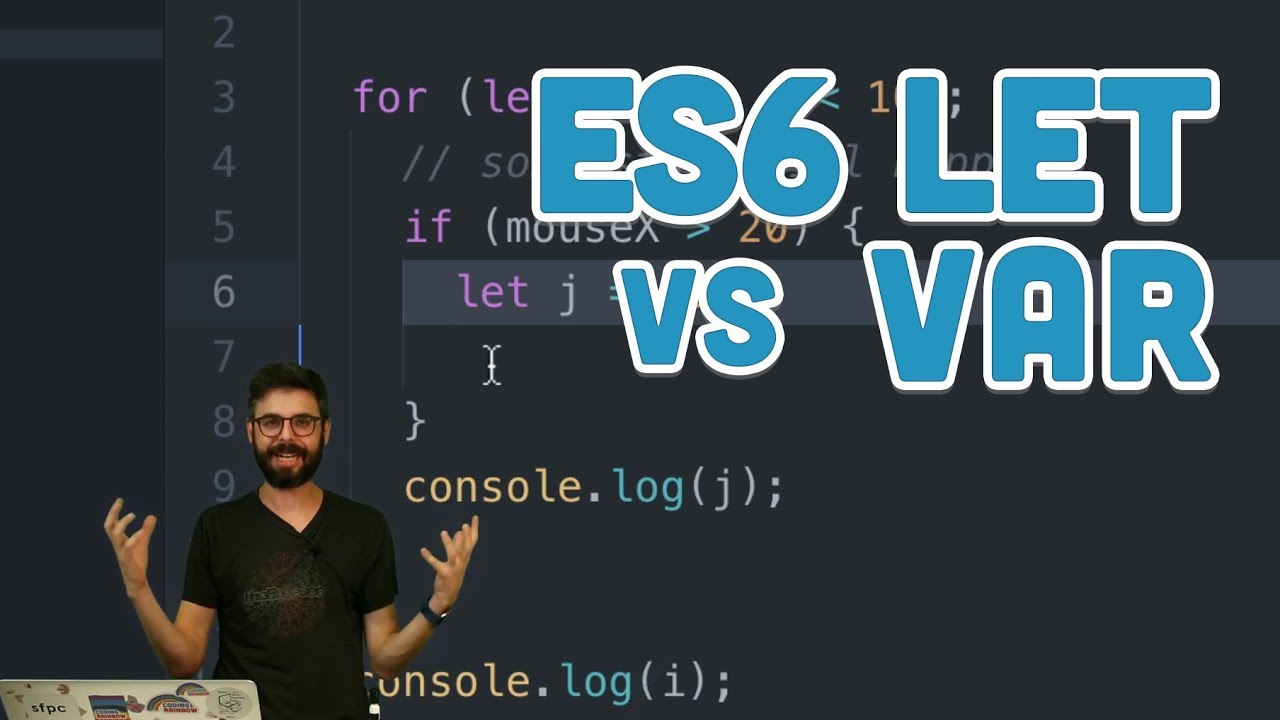 Edit:
sorry i mean the event loop will pick up the first timeout call from the que and put it on the stack, a second later it that will be repeated… i.e. when the webapi is done with the first settimeout it will push it onto the task que and so on… this explains:

During a recent technical interview I stumbled on a question that looked much simpler than it actually was. My interviewer put the…

although, I think the first video I shared with you is more relevant to answering your question…

look maybe explanation I gave above or those videos are not so good, because your example is slightly different.

the piece of code you have:

I think when event loop picks it up from the q and puts it back on the stack, before it can pop off the stack, all it knows is that it has to read out the number of what i is… and that is where the difference is. in the case of var it goes outside of the block {console.log(i)} and outside of that block the loop has already been completed… so the value is 5 each time it logs it.

I guess it remembers. it is like a closure? it remembers its scope? Maybe I am wrong in this explanation but this is what i am thinking…

can you explain me little briefly

@ramgopaln you can use this to fix that, then you will get the same result as let: