Why does Boolean define that “SEA” is < smaller than “sea”,could you explain please,yeah I am a dummie ,but still wanna know and move forward)Please:smile:

Hi @Marryrr and welcome to the community!

I don’t understand your question. If you write:

Both are going to return “false”, because both are “true”. I suggest you enter here to understand how does bool work. 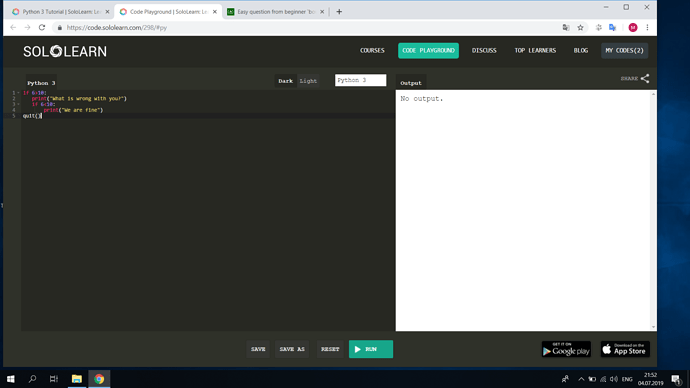 So you mean that if program sees that the first condition is not right then it does not go to the next step,is it so?Could I interchange the places of the first statement and the second one?

Try it and you will see

You can find the reason in §5.8 of the Python documentation:

Wow!Thank you for nice explanation!Where could I find codepoints of other letters?Is it always so that big letters codepoint is smaller than the codepoint of its little equivalent?

However, this isn’t true for all scripts, or even extended Latin alphabet characters. For example, the German character ‘ß’ was originally added to Unicode only in lowercase form. The uppercase version ‘ẞ’ was added much later, so its codepoint is much higher.