Getting Stuck on CamelCase to underscore

I’m solving CamelCase to underscore challenge on codewars site.
I pass all the tests except the random test.
So I need to know what are my mistakes on my code and what I should do to improve my code.
My code so far: 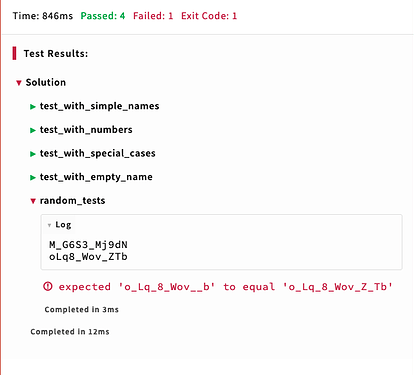 Link to the challenge: Training on CamelCase to underscore | Codewars

Have you tried debugging your code?

your first regex is eating away the ZT part (because those are actually the $3 and $4 capture groups, in that case $1 and $2 are just '' meaning that ZT is substituted with just _)
to have only two capture groups total, maybe you need to have the OR inside one of the capture groups

So this code part need a separate replace method
Am I correct?

you could fix the regex, you don’t need an even different replace method