I need help with this python exercise

please give me the full working solution and explain it, thank you! 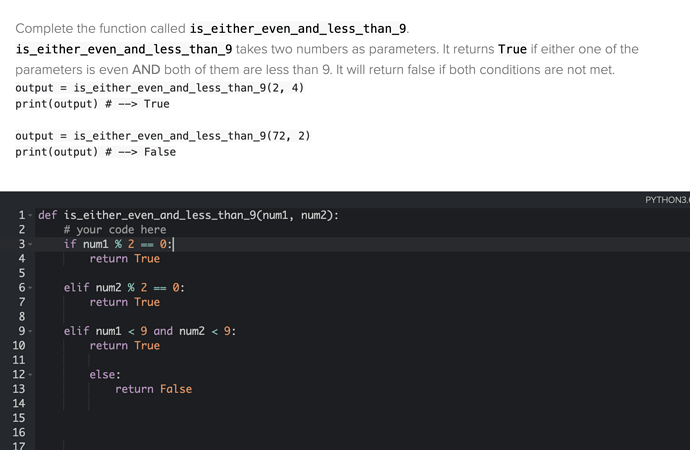 Instead of trying to write code for the specific test cases, look at the problem they are asking you to solve. You need a condition that checks whether inputs are even. I suggest looking at the mod operator.

You are only testing for whether one of your numbers is even before calling return. Once you call return, the code moves out of the function. Try using a complex conditional statement that tests both arguments for being even as well as being less than nine and return the result of that conditional.

The logic is simple. The question states:
"if either: so we use or
AND both are …: so we use and

So we can write our conditions anyway you would like, I just wrote them in-line in my example, but we could’ve written other functions outside or inside our function.