I would like a Linux Computer. Where should I start?

I’ve been jumping through hoops to help my Windows computer simply let me use it to directly compile .c files sans third party software- something I’ve caught word that MacOS and Linux can already do.

I realize now I’m ready to try a different brand than Windows; and of the two competitors above (I’d love know if there are any others, in another discussion), Linux appeals to me most strongly.

For my next computer I would like to save up and install a Linux OS instead of a Windows. I have just pulled up an IBM page, and it seems to have so many different offers I don’t know where to start.

If you veterans could guide a newcomer to which is best to start with and how to go about it, you’ll have my gratitude.

As long as I’m here, I found this website:

And I want to make sure I’m not the only person who thinks this is a little suspicious. Am I right, or is it the case I’m wrong and this last little website actually legitimate?

Linux provides a more welcoming and inviting interface for programmers and web developers. It is compatible with all the major programming languages. Its applications like a package manager, bash scripting, SSH support, apt commands, etc. are incredibly helpful for programmers. Windows do not offer such facilities.

There are many reasons for Linux being generally faster than windows. Firstly, Linux is very lightweight while Windows is fatty. In windows, a lot of programs run in the background and they eat up the RAM. Secondly, in Linux, the file system is very much organized.

I always build my own desktops and install linux on the bare metal. I use Fedora but I probably would not recommend it for a beginner. I’d recommend one of the popular ones (Ubuntu, Linux Mint). If you didn’t want to build your own there are sellers out there who will sell you a prebuilt desktop with linux installed. If I was going to go that route I would probably look for a used desktop computer or a cheaper new one, which would most likely have windows installed and just reformat the hard drive and install linux on it. One of the advantages of linux is that it doesn’t need quite the powerful hardware that Windows needs in order to run smoothly so you can get away with going cheaper on the desktop itself and put your money toward a good monitor (or two).

But if you like tinkering with hardware then definitely build your own so you get exactly what you want and you get to have fun doing it.

I’ve been jumping through hoops to help my Windows computer simply let me use it to directly compile .c files sans third party software

For my next computer I would like to save up and install a Linux OS instead of a Windows.

If you veterans could guide a newcomer to which is best to start with and how to go about it, you’ll have my gratitude.

So one thing I want to clarify, just in-case. Linux is the name of the kernel, which is the lowest portion of an operating system. There’s a huge selection of things to pick on top of that.

Furthermore, due to being open source, you can have a dedicated computer built for Linux, or just install it on an existing system, either dual boot or completely.

There are even middle ground options where you install software that emulates systems (Virtual Machines) that run inside of your current system, so you can do what you want.

Finally, there are other more interesting options, such as connecting to a remote server, or service internally (WSL) or externally (the cloud) to do your development there.

This is probably the most complex part of “using Linux”, in that because its so generic, so flexible, and open sourced, there are essentially infinite ways to do what you want. It comes down more to specifics on which way is “best”.

I think the most obvious, and the most common, approach is to just get an existing machine, get a Linux OS distribution from somewhere, load it on a USB and follow the self installer. Bam you got yourself a machine running Linux on it.

This is probably what you want to do, there are all the other interesting options I mentioned above, but I’d leave those for you to look into, to see if they are closer to what you’d like to do.

Otherwise, your left with the details of the “install on another machine”. With key considerations such as:

Which machine
Linux can be installed on most existing machines you could fine. From an old tower you have in your closet, to a new machine you just built, to even a super computer NASA is running in their data centers. You could go out, buy and build your own system. However, if your goal is to program on it, I wouldn’t dive too deep into the system considerations too much. As with anything you can spend all your efforts tweaking and optimizing the hardware to work with the software and not get to the actual software part you originally wanted.
As such, I’d probably think about using an older machine (not your current one) that you can use as a test-bed. Otherwise you can always dual boot your current machine, but then you run the risk of “locking yourself out” by screwing up the boot between the two systems.
Or if you can’t go either of those routes, using a VM software is also on the table.

Which distro?
So once you have your hardware, the question of “Which Linux Distro to get” is where the real fun begins. You linked GNU Linux, which is a site that acts as an “entry point” to the whole idea of Linux, and provides external resources, such as this distro page: 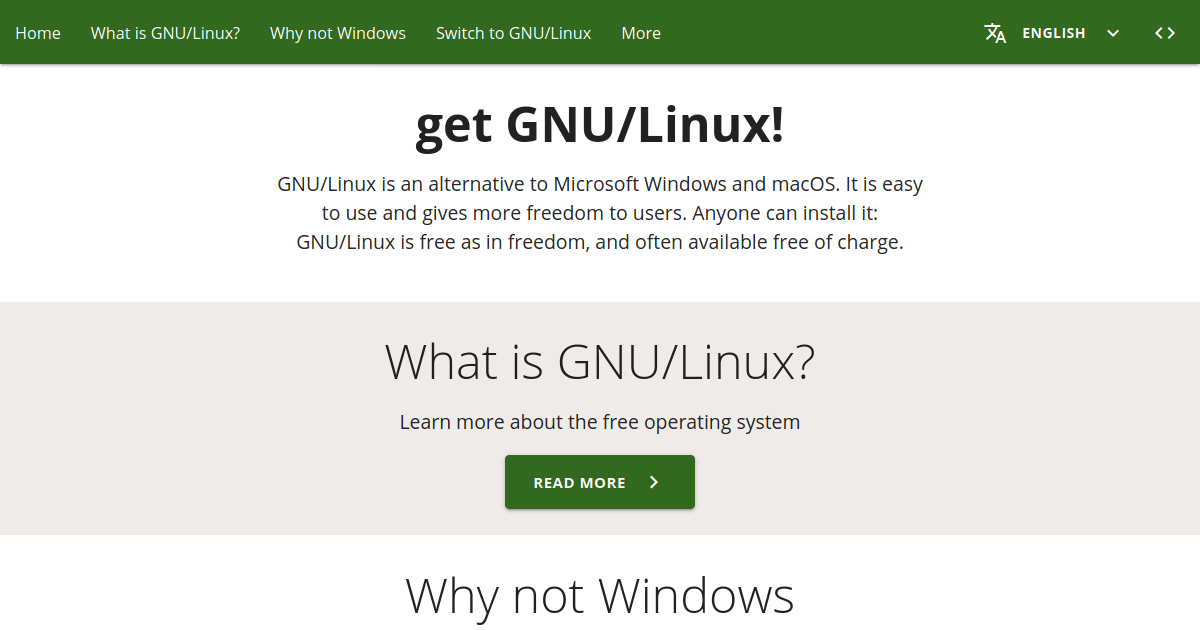 There are multiple sub-flavors of Ubuntu, from more lightweight options to the normal base Ubuntu, which can provide a very “flashy” and polished experience, to a more middle of the road as Linux Mint (built ontop of Ubuntu).

It might take some time “shopping around”, but I suggest do to some research here, and maybe try things out. I’d compare it to car shopping, except every car is free to take home, try out and even return for another car/distro!

Risk considerations if you screw something up
As I just mentioned, picking a distro allows you a lot of flexibility, but might take the most time. However, odds are something will go wrong at some point. It could be as simple as not installing the drivers for your OS, to not being able to login to any operating system due to a bootloader issue.

So do keep in mind, that the software you end up do using could easily mess up your current setup. Which is why dual booting is more risky, and installing on its own machine more “risk-proof”. Ultimately you don’t “break” anything, unless you delete your existing operating systems, so do back-up whats important on whatever machine you play around with.

Just to reiterate a point already made: you don’t need to buy a new computer to use Linux. Every modern Windows PC can also run Linux with no issues. You can either install Linux alongside Windows (dual-booting), or have it replace Windows entirely. When you install Linux, it’ll give you these two options, in fact.

The most popular Linux distributions are Ubuntu and Mint:

Ubuntu is an open source software operating system that runs from the desktop, to the cloud, to all your internet connected things.

Windows does not have any C compilers built in - you need to install either MinGW, or Visual Studio Community, to get a C/C++ compiler on your computer.