Job interview as a Front-End Developer

One quick question on job interview advice, I been here in freecodecamp for quite some time and learn a lot from lectures and helping out friends, as well I been asking questions and learn from great developers, this been a family to me. Now I’m on a new journey to seek a job and just had my first interview.

I have only know HTML5/CSS3 with pure vanilla JS, old plain JS, everything went smooth and good but they ask me if I know React JS, it got a big surprise in me I really told them I have no experience just yet, I have spent most of the time learning the fundamental parts of JS pure vanilla because I believe this is where all begins. They told me if I’m willing to learn it, and I said yes, well if I know the basics then I can deal with React JS.

Can you all give me good advice as to how can I really do well if I get the job, I still have some more interviews coming up next week and I want your opinion? what do you guys think? and what will be best to do? Excited at the same time but also nervous I might not get my first job interview because of the lack of React JS. I know I have to learn to React but will also have to have time as well to dedicate to learn it, much confused I will say but I’m willing to learn as well.

Thank you so much all.

Every interview is a learning experience, one that you take what you learn, and apply it so your better for the next one.

So for this case, I’d go out and learn some React, if they are directly asking for it in the interview. Its very hard to go far from some React, or one of the other major frameworks for modern web development front-end. Sure there are still jobs that don’t use these, but the are used to such degree to not have any experience in them closes a lot of doors. If anything, because they are “modern” there isn’t any rule that says you couldn’t start end up needing to learn it later even if you get a job where you don’t use it.

So no matter what, knowing React, or a similar framework is pretty important for front-end developers at this time. As such, looking into the framework would be a good step for the next interviews, or even the job if you get it (as it sounds like they use it).

Another skill I’d put in a similar bucket, but even more broadly, would be version control such as git. Sure you can get the job without knowing how to use git, but you will probably need to learn it to execute the job, so you can’t get away from it. So its either learning it now, or learning it later, but you more or less have no choice and have to learn it.

Thank you so much for your reply, and for taking your time to reply, I do believe what you saying is true, knowing that I need to learn and get myself more updated. I do think I’m doing well trying to work hard. I feel also that the best place to also learn is in a real-life job, I do want to have a shot and an opportunity to learn, I think most of every developer the first job they learned by doing mistakes and working hard in their first job.

I will do my best if I make it to the end and to update even if I’m at work, learn see tutorials and visit freecodecamp witch i have a learning curve like never seen before i will never have done what i know if it wasn’t for freecodecamp. I feel pure Vanilla JS should not be done, I want to do a task where at least I can make a line of code of Vanilla JS. React JS is good what I know, but we cannot forget our Vanilla JS.

I think it is great that you took the time to learn javascript fundamentals because to many people jump straight into frameworks to soon without having a good foundation in javascript first.

But I agree with @bradtaniguchi that learning a front end framework will help you.

I would also look at job requirements in your area and see what framework is popular in your area.

I have been learning react for a few months now and really enjoy it.
Plus there is a really good react community and tons of materials to help you learn it.

I think the best way you will learn it is to go over the basics and build small projects.
You could even tackle a few of the FCC front end projects using react.

Thank you as well for your reply its such a rich material you just wrote. I also agree with you about learning the fundamentals. and to have an idea how things are done. I will apply what you told me and learn more from the framework React, but i want your opinion on this. I had ask this question before but maybe you can help me have a much better understand.

Back in the good old days of vanilla js we as developers and what i have been learning, your structure was as follow, have your own HTML file, CSS file and JS file, right ? beautiful separating each file. But react changes the game, we back to spaghetti mix now we find out that in React we mix html css and js in one file I’m like ? really ha!! why go back to the old way of ej:

or mixing css in html

Yeah, when I first started learning react I was confused too and asked “What about separation of concerns?”

You are probably looking at stuff like this and going, Why?

The documentation also links to this video on how to approach this way of thinking. 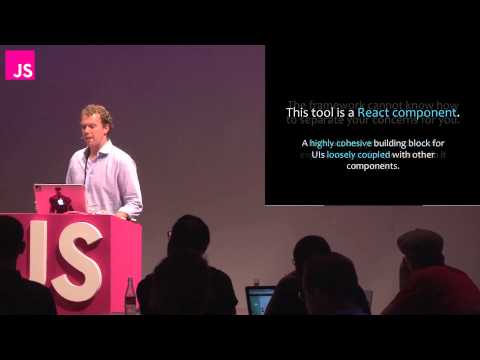 It is a little weird at first but I think you will get used to it once you starting diving into the basics and building projects.

Thank you so much for understanding me… Yes its true why its mixing everything again but like you said when leaning even pure JS at first was complicated and comfused, then React will be the same thing… Yes i will look stuff like that and thinking really ?

But i will look into the videos and get a better understanding of ideas and facts. Thank you so much for all you inputs and guideness i will considered all as well.

I must learn it now. jobs are asking for it. Bu i must admit missing the good old way

thank you for your help and time