I’m having an issue with Jquery not working in Codepen.io. I am trying to get the H1 tags to shake, but it’s not working. 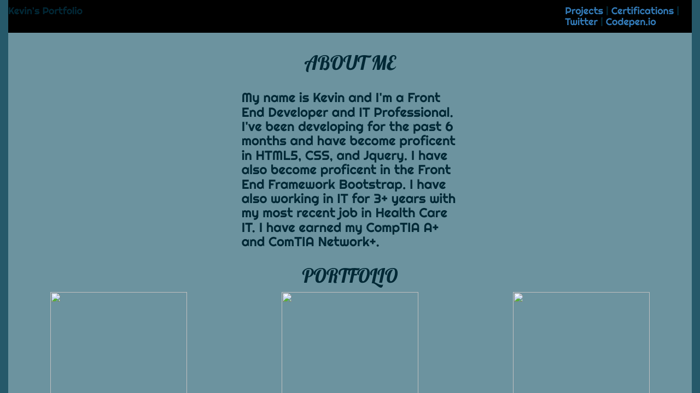 Did you add jQuery in your settings? It won’t work by default until you selected it.

I did i added Jquery and Jquery UI

I think you’re missing an event. It needs to know what action is required for applying the effect.
It worked when I changed your code to this:

There’s surely a way to have it happen when it loads. Just look up the jQuery UI documentation.

On the freecodecamp Jquery section it would shake when the page loads. is there an event I can add to this code to have it shake with out hovering over it?

I may be wrong but I think you were trying to use a feature of Bootstrap.
addClass adds a class, not an effect.

The animations comes from a library called Animate.css,

You have to import that as well. Here’s a CDN (maybe Codepen has a shortcut in Quick add, but I’m not sure:)

is that what you want to see?

Marmiz, thank you that resolved my issue.