I’m stuck on the git revert HEAD step. It’s a straightforward step to simply enter that command. When I enter it, NANO opens as it’s supposed to, and when I pulled up the tutorial.MD to see the next steps, everything is like it says it should be. For some reason the test just doesn’t pass to kick it to the next step. 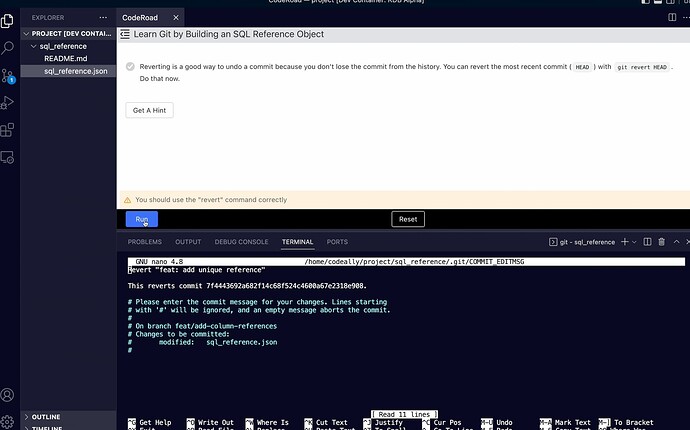 Link to the challenge:
The tutorial.MD. I’m stuck on 1548. git revert HEAD

The course on fCC

I would try to reset the step one more time @sieis - close nano and type exit into the terminal close that as well. Then hit the reset button - when it’s done, open a new terminal and try the step again.

Well…I did a bad thing, I think. I rebuilt the container without cache before seeing your reply and now I’m on the same git revert point in the tutorial, but git status shows master branch and no commits.

I had reset several times…and pretty sure closed the terminal as well earlier. Something just bugged out. I’ll review the remainder of this lesson on the TUTORIAL.md and move on to the final projects. 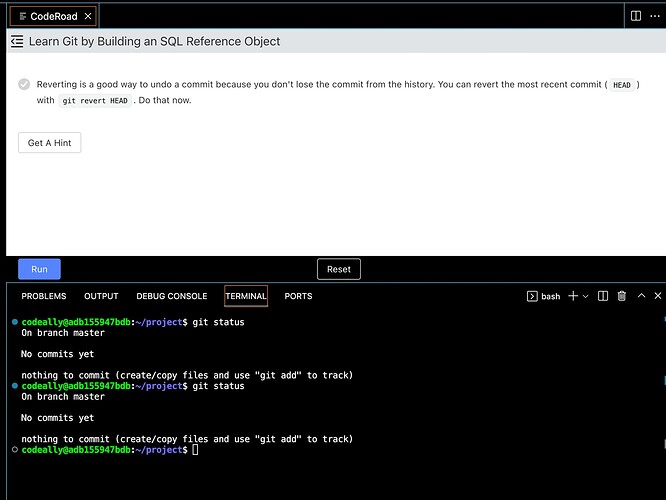 Creating the reset functionality on that project was quite difficult, perhaps I messed up on that step.