HI GUYS, I have 2 questions. first , as u see in the attached photo why in the solution is not determined type of variable, in this case loc. I mean why it’s not written var loc = my Var; 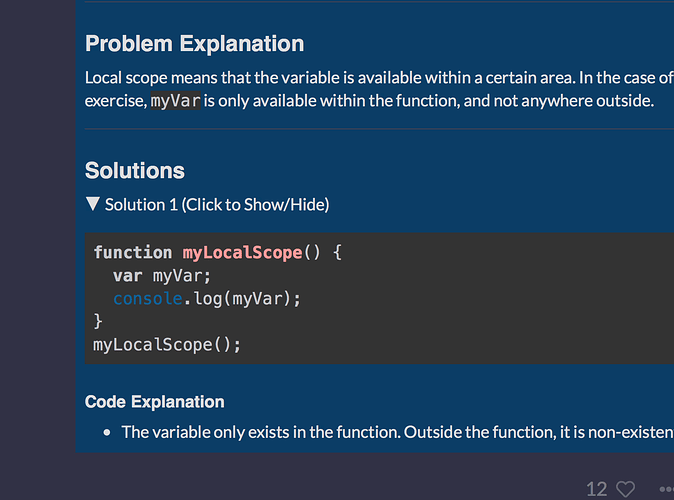 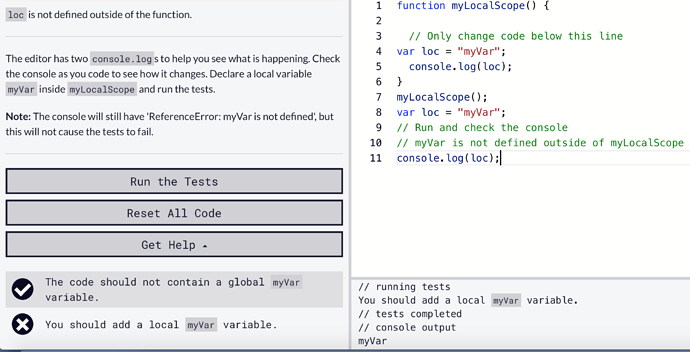 Hi there,
You should define a variable exactly as myVar. Don’t change the name
This is the instruction on the FCC and you should follow that. If you are practicing this code on the editor, then you can change it.

I mean why it’s not written var loc = my Var;

it is a debugging tool, it prints to the console what you put inside it

thanks. Then , is it necessary to put it. right?

no, in general it is not necessary, it has no effect on the code flow and logic, it is just a debugging tool

it is a requirement for this challenge tho

ok , got it. thanksss