Not understanding this specific par from the solution

Can someone please explain the effect of the following, in my codes = rangeOfNumbers(startNum, endNum - 1); numbers.push(endNum);

Challenge: Use Recursion to Create a Range of Numbers

rangeOfNumbers is called recursively.
If there is a possible range then the endNum value is added to the numbers array.

Proof of concept example .
calling your function with 5 and 10

rangeOfNumbers is called 5 times, see the call stack bellow.
(click on the image to see properly) 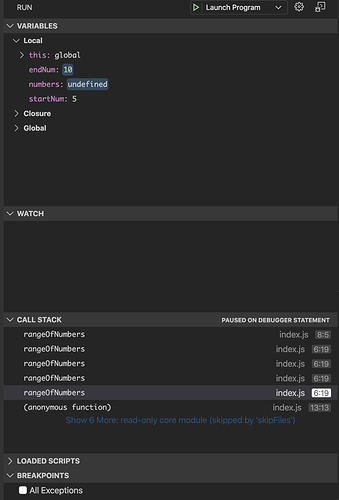 Soon as the call stack is prepared to be evaluated, each function call is going to push the value to the numbers array. (rangeOfNumbers has a closure over the numbers value)

Now let’s look at the call stack again when is almost exhausted, have a look at the last execution and the state of the numbers array. 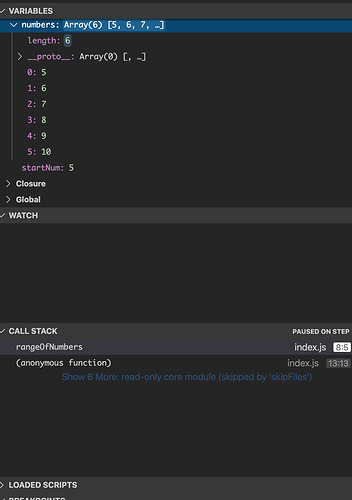 Hope this helps, the magic is the recursive call and the closure over numbers value.