I almost have finished my random quote generator but I have a problem, the twitter button open twitter but appear in blank (whitout quote), I have tried solutions of previous post but dont work…and I dont know where is the problem 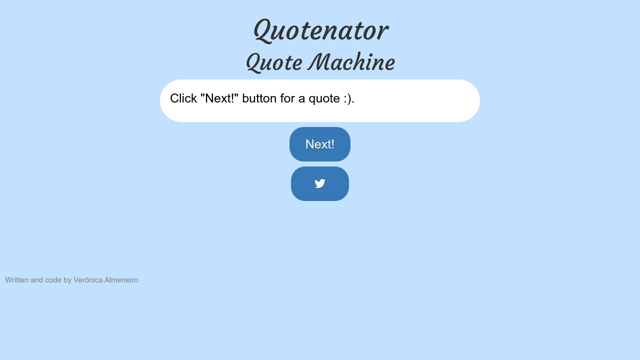 Thank you a lot!

I changed a couple things with your code. I am a beginner myself by the way, am no expert

I thing the main problem with your code was that var currentQuote didn’t have a value, it was an empty string. And that the function to open the tweet was outside of the newQuote function’s scope.

. You was right I had a empty string

. Now the twitter button works almost perfect (when I click one time in the button the web browser open about nine windows) , I am working on that but without your help I would be stuck in the button function.

Thanks you a lot again!

If you are using Firefox browser you are see multiple windows, because the following was put inside the function newQuote:

Thank you for you answer, I just have fixed the problem.