Python import does not want to run?

hi, i have made an import file, but he does not seems to accept something.
I have made a screenshot.
Can you help me further, why he does not run further ? 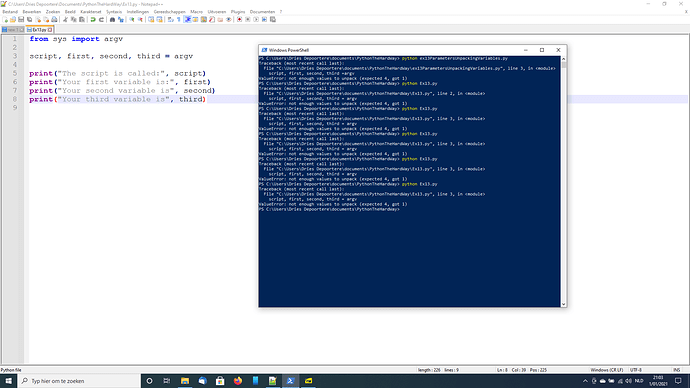 Notice that when this script is run just with

how do i make that argv has 4 elements instead of just 1 ?

The answer might sound slightly obvious, but you add additional arguments when you run the script.

I think you should run the file like this:

thanks guys for the help. I (finaly) found it.

I gave in Ex13.py first second third in the powershell and it worked out well.