I’m finishing up my Tribute Page project and I have one failing test. It reads:

Within the “img-div” element, I should see an element with a corresponding id=“img-caption” that contains textual content describing the image shown in “img-div”

Sometimes this kind of problem is caused by a syntax error earlier in the code.

all of your tests except the last two pass for me. 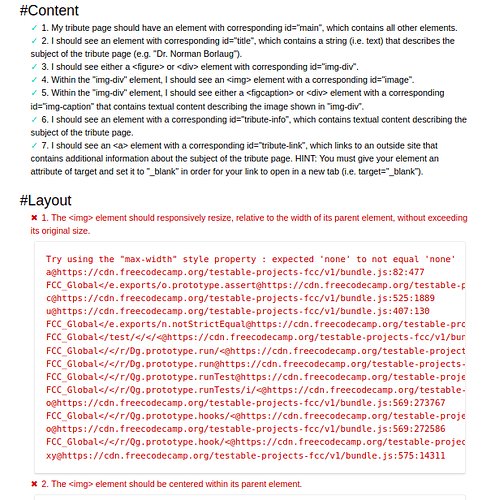 Well, it wasn’t a syntax error.

When I tested your code on the project page, I realised that the wording of the failing test is a little different to the wording in the instructions.

If you change your h2 “img-caption” element to a div element your code should pass.