Truncate a String, I've done, but one question left

Hello! Why if the given maximum string length num <= 3, then the addition of “…” not add to the string length in determining the truncated string?

The author of the task It’s just an extra thing to take into account when writing a solution.

The lesson says not to count the extra added “…” 3 characters toward the truncated string length.

The lesson is asking us to reduce a string to a limiter and indicate that the string was reduced with trailing dots.

but the below result examples in the challenge does not work like your explanation. That’s why I did not understand the number 3. 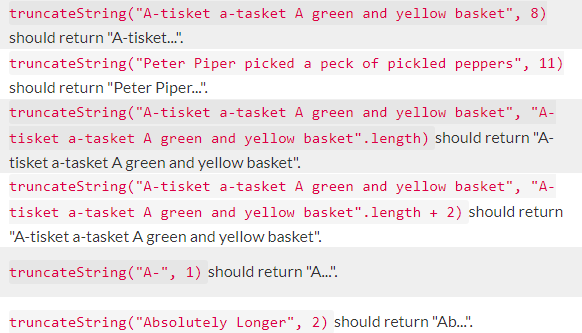 I think the challenge was changed later to avoid that confusion. Now the dots are not included in the string limit. At least I think that seeing the codes in the guide to solve the challenge