Uhm, why is my CSS not going through?

i’m following a tutorial, and besides a few minor changes to my own website, the code is practically the same. i’m doing it so i learn functions and what things actually DO and what not, but mine isn’t working, and i think it’s because they’re not going through?

VS Code isn’t highlighting the code and it’s not being read, even though i’ve re-checked it a thousand times for typos… i’m just kind of lost as to why it’s doing it… i hope this is enough to show you what i mean… 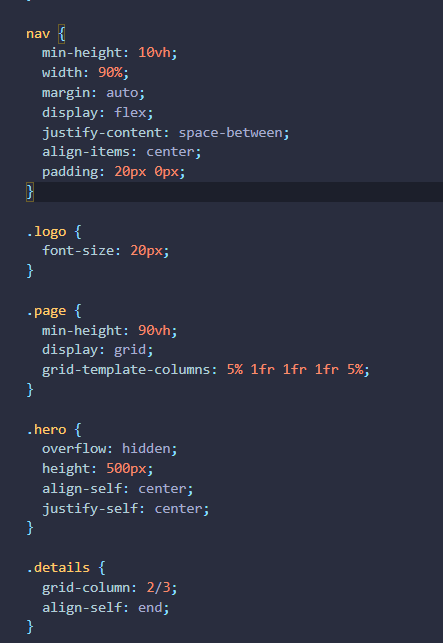 Have you tried placing a " . " before your nav?

Are the class name and id name are correct? Double check your html. In CSS, a class selector followed by “. " and id selector is followed by " #” . You may explain what’s result you are trying to display. Or copy a screenshot of your current website to explain what do you want to update.

Not sure what you mean by the highlighting, but are you saying non of the CSS is working?