What is this Picasso painting supposed to be? 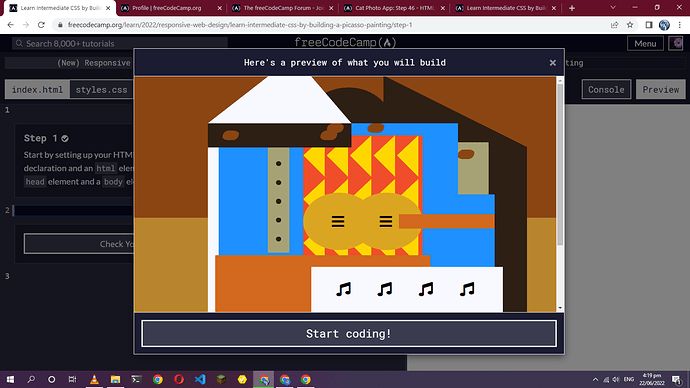 Screenshot (656)1600×900 124 KB
I’m doing the build a Picasso Painting challenge, I’m almost finished but I just can’t figure out what this is supposed to be

. Apparently its a character playing an instrument but I don’t see it

What is this Picasso painting supposed to be?

Something that is said in a lot of museums.

I think it’s a stylized version of this:

Three Musicians is the title of two similar collage and oil paintings by Spanish artist Pablo Picasso. They were both completed in 1921 in Fontainebleau near Paris, France, and exemplify the Synthetic Cubist style; the flat planes of color and "intricate puzzle-like composition" echoing the arrangements of cutout paper with which the style originated. These paintings each colorfully represent three musicians wearing masks in the tradition of the popular Italian theater Commedia dell'arte. Each p...

It’s an abstract quantized version of a cubist painting - it’s lost some of what clarity there was.

Aah I somewhat get the interpretation now, thank you