I used Codepen to draft a samurai robot that I’ll be using for another project. I tweeted Codepen to see if they’d pick my pen, and an hour and a half later, I’m on their front page. It came out a lot better than I expected, actually. I didn’t have everything visualized when I started making it and I just strung the parts together as I went along. I’m particularly proud of how the fists/katanas look. 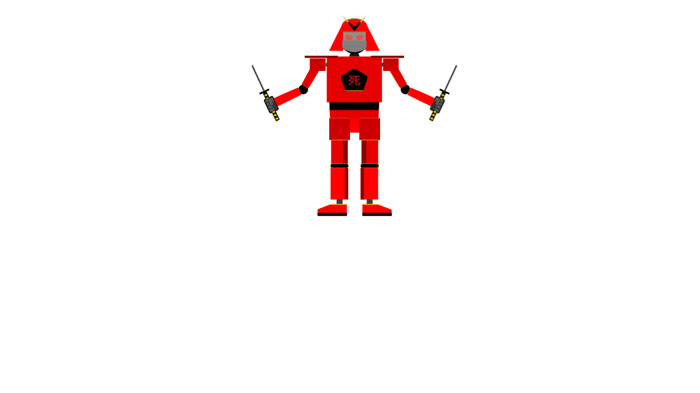 The most challenging part about this project was definitely the artistic design. This was my first real attempt at CSS art. My drawing skills in real ...

Nice! You just showed me that a few days ago and now your front paging it!
I ended up deciding to make a music app kind of like patatap as my way of practicing css animations.
Ill pm you when its live.

EDIT. That looks so cool. If I didnt know it was css I would have thought you just loaded up a gif. Way to go m8.

I looked at Patatap and it’s a trip. Definitely a worthwhile project to copy. There’s something special about projects that demand both creativity and logic. Curious to see how it turns out man.