Here’s the Tweet from The Changelog with a screenshot of the old Firefox home page. 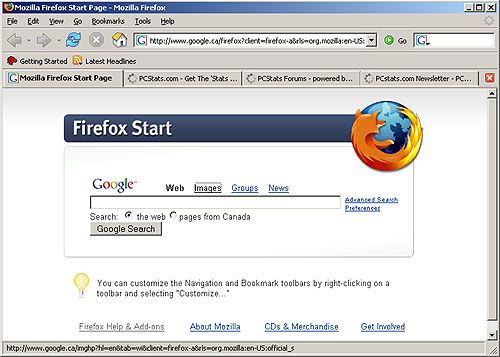 🎊 Happy 15h birthday @firefox 🎊 Firefox 1.0 was released on November 9th, 2004. The scrappy alternative to Internet Explorer 6 (☠️) had revolutionary features such as tabbed browsing (!), popup blocking, themes, and extensions. 🔥 It changed the world. Really, it did 👏👏

Firefox versus Chrome from a privacy point of view https://firefoxvschrome.com/  #firefox #chrome

Who all here uses Firefox?

What are some of the reasons you use it over Chrome and other browsers?

What are your favorite features they’ve added in recent years?

I personally appreciate a lot of the privacy focused features on Firefox. I currently use the developer edition as my daily driver when possible.

I still see chrome as performing better during development of larger, JS focused projects, but otherwise use Firefox as much as possible outside of those situations.

The one killer “feature” is the simple fact Firefox isn’t powered by chromium, and thus almost single handily keeps the web from being a Google powered monopoly.

PS. I wrote this in Chrome on my Chromebook, I’m sorry

My favorite feature was the speed increase in Firefox Quantum. I updated my RAM and switched to an SSD at the same time. It was like switching to warp speed.

I use Firefox for almost everything. Some of that’s habit. I started with Firefox, switched to Chrome, then switched back to it years ago when Chrome performance got awful for a while. I’m very used to the devtools as well, so Chrome devtools always feel a little bit alien in comparison. But now

Some of the features I use (or used) are being stripped out (scratchpad in particular, & the WebGL debugger was useful sometimes), but for understandable reasons.

There is a chunk of stuff that doesn’t work as well on FF as opposed to Chrome (dev tools for various things, React Native being one I have difficulty with atm). Also a load of sites/apps don’t work well outside Chrome, which is worrying. Seems to have eased a bit recently, but seems to have generally been an increasing number year-on-year (will probably get worse as Edge switches to using Chromium).

My favourite feature was the 3D website viewer, which was pretty pointless (and was removed when they rebuilt the architecture) but was extremely pretty.

I remember when that sucker was called Phoenix, then Firebird. Firefox is my primary browser on Android, since it can run adblocker plugins, but on desktop I’m all Chrome, and only use FF when I need a separate browser session for any site I’m testing. The other one I use for that – on my Mac, even – is Edge.

My favorite feature in FF is multi-account containers. IMHO they don’t go far enough and the UI for them is clunky, but the idea is really sound. It looks like FF has gone for a simpler solution now and just blocks all trackers operating outside of their jurisdiction (looking at you Facebook) but I’d love it if they continued developing the concept further.

I also loved the 3D DOM viewer. It had its uses for comparing nesting in a way that the source indentation couldn’t, but otherwise pretty useless. I just liked popping it open and exclaiming “This is a UNIX system, I know this!”