How to export fetch resuts to other module

I need to get userId from a server and later use it in a variety of functions, which manipulate content with some conditions based on that id.

I do so with this function:

But I also need to export resulting variable (user.id) to other js modules, but there it arrives as undefined, because the variable is copied before the fetch returns the value from the server.

How do I do that? 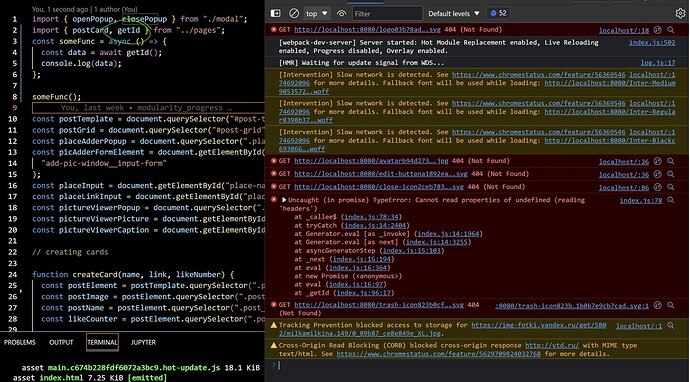 Stuck on this for some time already, please help.

I don’t see an export for user.id anywhere.

The await operator is used to wait for a Promise and get its fulfillment value. It can only be used inside an async function or a JavaScript module.

As an aside, why you are doing stringify/parse?

The error is stating that api.headers is undefined

also another side issue: you seem to be using an old old version of something, because async has been supported for quite a while now but whatever WebPack is running is converting the async code to generators (possibly you’re using Babel with the regenerator runtime?)