Node modules folder not showing. Any one knows why?

Back to my question.

So, I’m currently learning node js (Proud of how far I’ve come though

) and to an extent, I’m understanding the concepts. Now I want to start experimenting with what I’ve learnt but on my local machine .
So, here’s my problem. 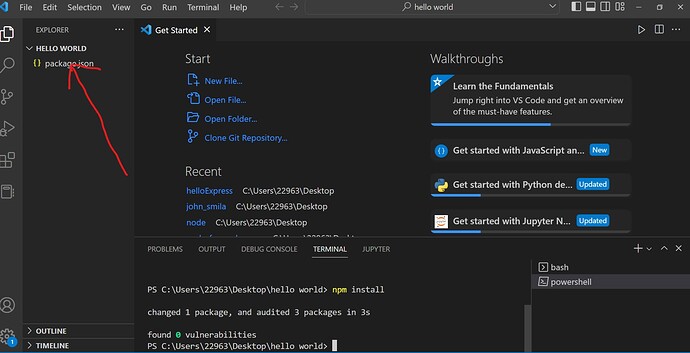 I went futher to install ‘Express.js’ with the npm install express --save but it doesn’t reflect in my ‘package.json’ file.
Even when I run npm install to include the ‘node_modules’ folder, it replies with

but still doesn’t include the node_modules folder 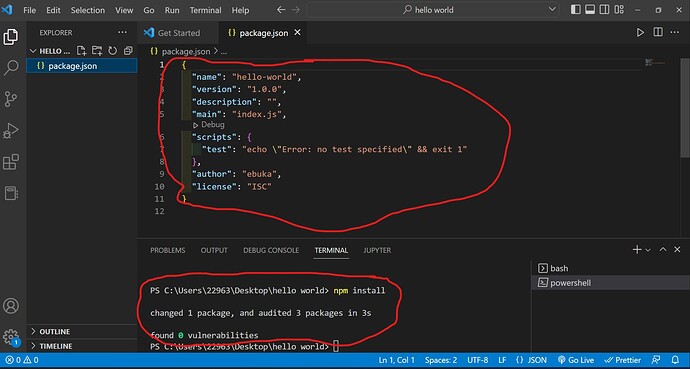 aa1907×1022 99.1 KB
So…
I have tried using npm init but to no avail. It syill doesn’t show the node_modules. I’ve checked all over stackoverflow too

Does anyone have an idea how to reflect the ‘express’ package on my package.json file?
Does anyone also know how I can include the node_modules folder?

while in the hello world folder, type ls -al and show us what you see.

ls -la doesn’t seem to work on powershell and so, I tried it with bash

Oh boy!!.
That’s a lot of files and folders I got back 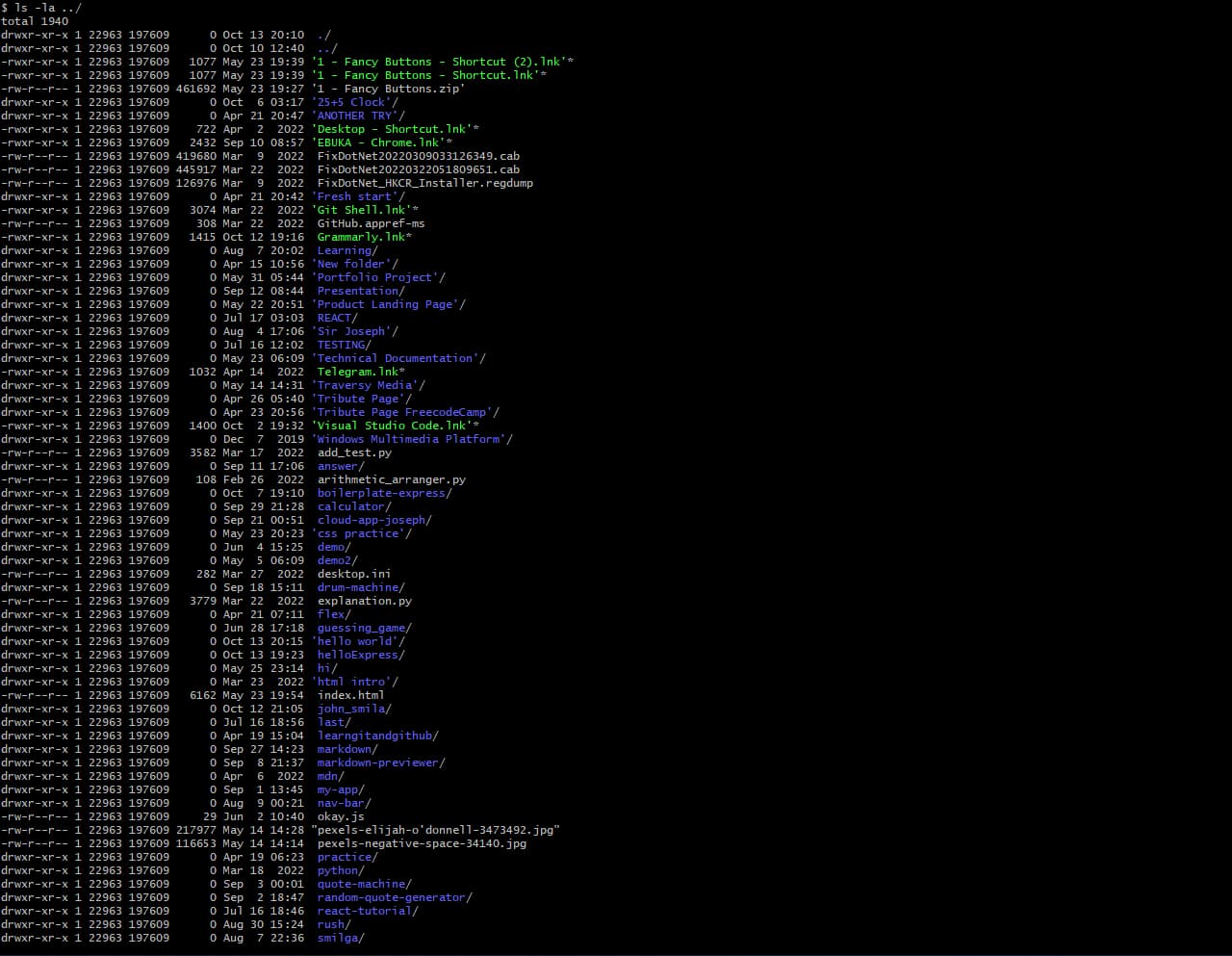 It tried to zoom it down so you could see all the files and folders; cos it’s so long

Try one more thing for me, since that list is so long.

This was its response

It appears you are using Powershell in VS Code and using some kind of bash shell outside of VS Code. Is that correct? Are you using WSL?

Where are you trying to run all the npm install commands (without VS Terminal or bash shell)? Try doing all of your npm install and other commands in the bash shell.

Change back to the Hello World folder and type npm install express and then type ls -al to show what is in the folder after performing the install. 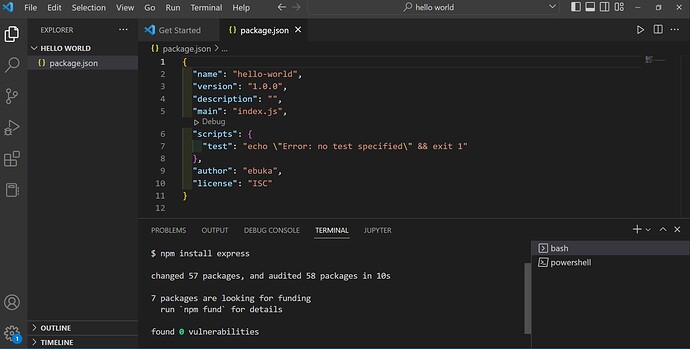 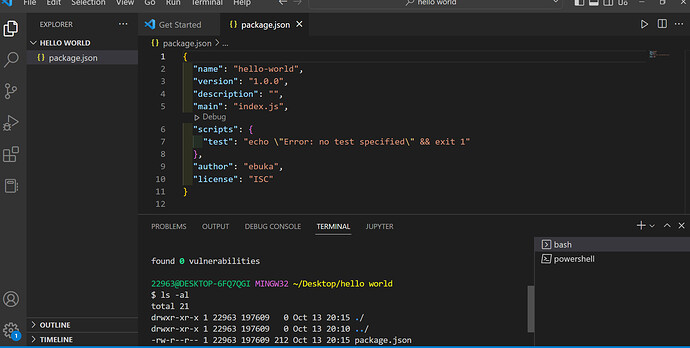 I’ve done it.
It still showed the same thing .
After I installed express with bash in vscode, it still doesn’t reflect in package.json file.
Even when i ran ls -al, i still couldn’t find the express folder

The problem is I can not see what folder you are in when you are using the terminal in VS Code. Make sure to type pwd and show us what it displays at that terminal prompt.

Your screenshots are very confusing. I really need you to copy and paste the results of the following command into the forum (no screenshots).

This is the result

OK, do the same thing but take a screenshot, so I can see the shell you are in and what application you are in.

Here it is.
I’m using git bash to run the command

And if you run:

Show the command and results in screenshot. Make sure to run them in the same shell you just typed pwd. Are you using WSL? 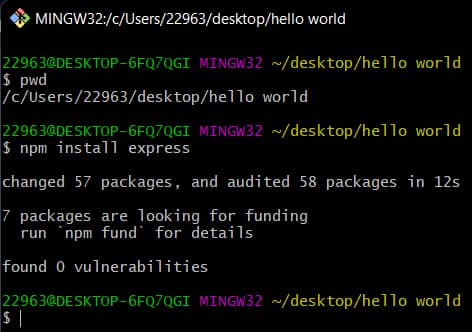 No, I’m not using WSL
After I ran npm install express, it still doesn’t reflect on my package.json file on vscode