Tell us what’s happening:
Hello everyone, I managed to make most of the main behaviour to work.
When I click the New Quote button, a new quote comes.
However, I am struggling to load the first quote.

I divided my code in two main functions

to call the API and bring the quotes. And

To bring a new random quote whenever the button is clicked.

My plan was to call getQuotes() on the componentDidMount(), and then, immediately after, call getNewQuote(), to bring the first random quote.

The call to getQuotes() is working as I expected. But the call to getNewQuote() is not.
Please uncomment the line in the code so you can see what is happening. 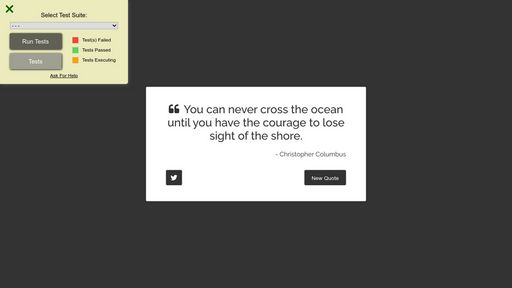 I’ve tried another variation with componentDidUpdate().
Giving a different error: 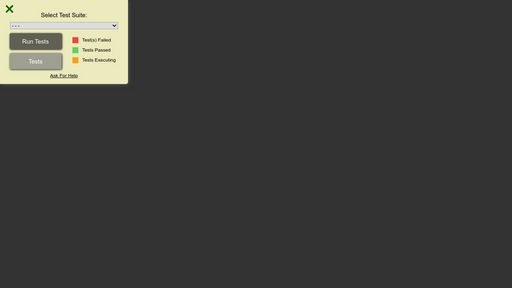 Inside getQuotes, call getNewQuote inside the last .then() after the state update.

As an aside, the two arguments to the setState updater function is state and props. Naming the props argument randomIndex doesn’t change that fact and is just confusing, especially when you have an outer variable named the same. The props argument is just an empty object anyway in this case, as there are no props.

Setting the index and using it in the same setState call also reads a little confusing. The way you have it set up means the initial quote is always the same (initial state value of indexQuote). I would rename or remove the props argument and use the randomIndex variable you are assigning a random index to in the outer scope instead.

That’s awesome @lasjorg! Thanks for the clear explanation and also thank you also for observing the indexQuote thing. Indeed, there were some leftovers of the things I was trying.