Random Quote Machine I have some repeated code, how can I reduce it?

I just completed my Random Quote Machine. But I have written a lot of repeated code that is in the component did mount and new quote functions. How can I combine them into one. Tried a lot kind of frustrated like

How to do it guys and how can I do the above things would love to know. 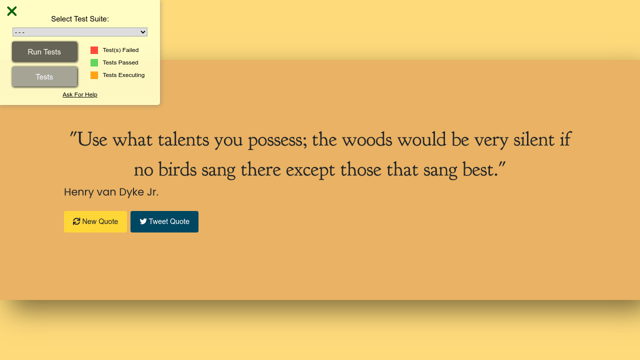 Have you tried calling new quote function from inside of componentdidmount?

Yes I had done that it kept saying object error

It works using this, thank you!