in school I’m learning UML. It is for visualizing the design of a system and avoid errors.

Now I tryed to use it for React and the RecipeBox-Project. I did a Class Diagram and got my first problems: 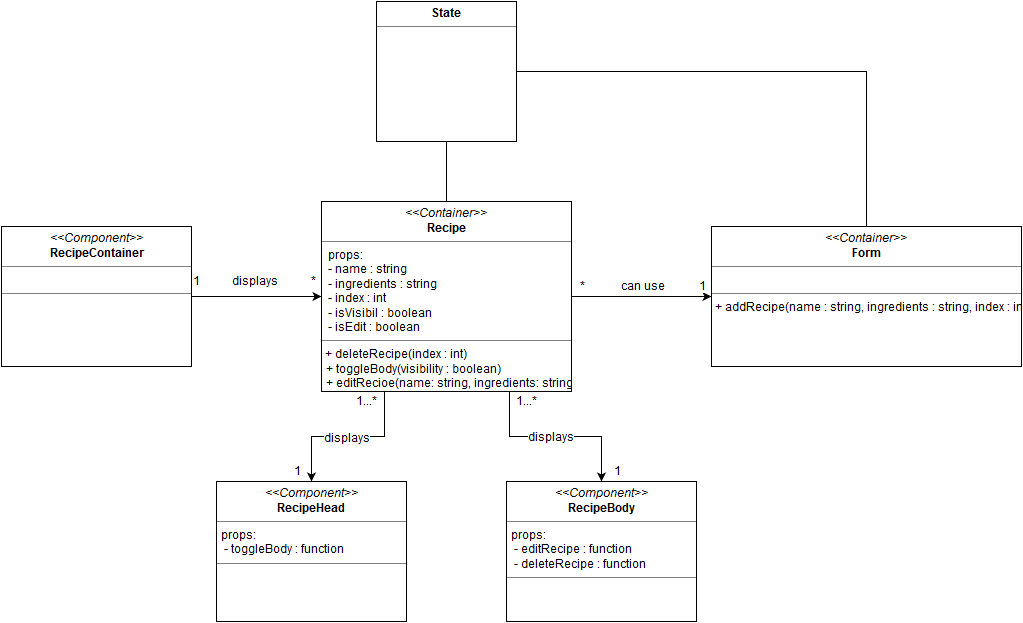 Is it a bad idea to use UML for React/Redux?
I finished this project in pure React and it was easier to program than with redux… In this project I don’t see the benefits of using Redux.

Is it a bad idea to use UML for React/Redux?

Most React components should be stateless functions that simply take props and return JSX, and Redux doesn’t leave much room for designing an API. Shoehorning UML into the process seems counter productive to me.

Redux doesn’t leave much room for designing an API

Cause most of our Components are statless?

Is there another way in software engeering to design React/Redux Apps?

Cause most of our Components are statless?

I’m not sure what you mean. Redux doesn’t leave much room for designing an API because all you really do is write a few functions and Redux takes care of the rest. Most React components are stateless, which means it’d be silly to write out a UML diagram for them.

I’m not sure what you mean