Tribute Page not passing - which User Stories am I missing?

I used this to guide me : 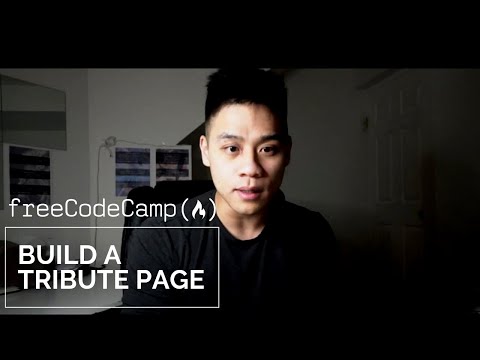 and I tried to skip some steps and still retain the integrity of the instructions but maybe I messed up somewhere?

you have this two mistakes

element with a corresponding id=“img-caption” that contains textual content describing the image shown in “img-div”.

2 => 2. The element should be centered within its parent element.
next time just click on no of test pass button you will be able to see what your mistakes are.

@Cyath, when a test fails click the red button to see which test(s) are failing and text to help you correct the issue.
Be sure and read more than just the first line of the failing message. The ability to read and comprehend error messages is a skill you’ll need to acquire as a developer. Ask questions on what you don’t understand.

Do you understand what the test is looking for and why it fails?

This is a little harder as it is a little vague but you can revisit this lesson to center the image horizontally.

I see someone has given you the answers but I hope that this helps you in the future.