Just finished my first project and very curious for your feedback!

It’s pretty basic and bootstrap only. I’m especially interested in how to improve the structure.

So, I liked your tribute page; however, the text in the tribute section is almost illegible. I felt that there was no reason for you to use anything pass H3.
Please, check out the modifications that I made to your code in order to make the text more readable, and let me know if you agree or not. Cheers!

Written and coded by myronPi

The thing is that written as a <p> element the the font size somehow becomes huge, and bigger than h3. Any idea how that is possible?

I have not defined any font-sizes though. 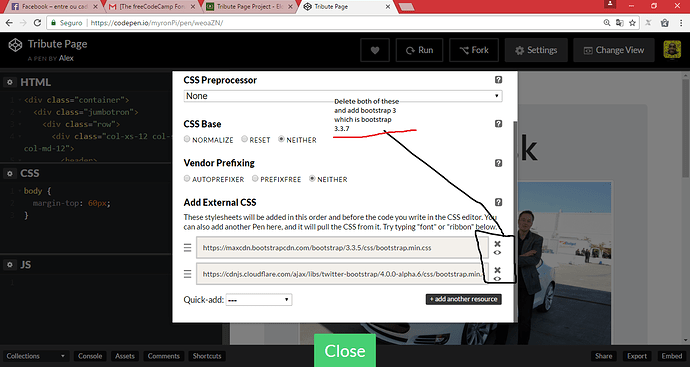 Thanks, it still didn’t do the trick for some reason. Adding the font-size element to CSS with the keyword !important was the solution. I couldn’t figure out what the problem is unfortunately.